FC Emmen journey to Galgenwaard on Saturday for the Eredivisie showdown with home side FC Utrecht.

To see all of our predictions, user poll & stats for FC Utrecht v FC Emmen, scroll down - plus the latest betting odds.

FC Utrecht, buoyed by their previous result, will be hoping for more of the same after the 0-6 Eredivisie triumph against Willem II.

FC Utrecht have been on a persistent run of goalscoring form, hitting the target in one hundred percent of their last 6 games.

They have claimed a sum of 16 during that time and have conceded a total of 4. That kind of pattern might not be continued into this match, of course.

Their past results show that FC Utrecht:

FC Emmen go into this match following a 3-2 Eredivisie win over FC Zwolle in their previous game.

Looking at their form, and FC Emmen have been scored against in 5 of their last 6 matches, seeing their opponents hit 8 goals in total. In defence, Rood-Witten could really do with shoring things up.

Coming into this meeting, FC Emmen are without a win away from home in their last 24 league games. They must be getting so desperate.

The previous league encounter featuring these clubs was Eredivisie match day 14 on 22/12/2020 and the score finished FC Emmen 2-3 FC Utrecht.

Emmen manager Dick Lukkien has to choose from a squad that has some fitness concerns. Lucas Bernadou (Knock) and Luciano Carty (Shoulder Injury) are names that won’t be on the team sheet.

We’re of the opinion that FC Emmen are likely to put a goal past this FC Utrecht side, however that is unlikely to be enough to avoid defeat.

We’re expecting a tight encounter finishing with a 2-1 winning margin for FC Utrecht at the end of the match. Hopefully this is a good one. 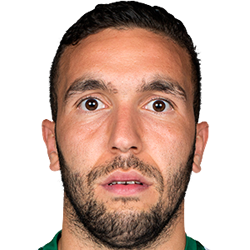 Typically taking up the Left Wing position, Mimoun Mahi was born in Den Haag, Netherlands. After having made a senior debut playing for Sparta Rotterdam in the 2012 - 2013 season, the dangerous Forward has scored 6 league goals in this Eredivisie 2020 - 2021 campaign to date coming from a total of 16 appearances.

While we have made these predictions for FC Utrecht v FC Emmen for this match preview with the best of intentions, no profits are guaranteed. Always gamble responsibly, and with what you can afford to lose.