Return to this page a few days before the scheduled game when this expired prediction will be updated with our full preview and tips for the next match between these teams.
Full-Time Result Prediction for FC Gifu vs Renofa Yamaguchi
Renofa Yamaguchi to Win

When taking everything into account, FC Gifu will have a tough ask to get anything against this Renofa Yamaguchi outfit who should get the win and a maybe even keep a clean sheet as well. That’s why our selection here is for a 0-1 advantage for Renofa Yamaguchi at the end of the 90. Little in this one. For all of our match predictions, pre-game poll and statistics for FC Gifu v Renofa Yamaguchi, scroll down - as well as the best betting odds.

Looking at their past form shows that FC Gifu: 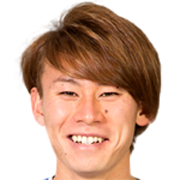 Normally playing in the Central Attacking Midfielder position, Shota Kawanishi was born in Japan. Having made his senior debut playing for Gamba Osaka in the 2011 season, the gifted Midfielder has managed to score 6 league goals in this J2 League 2019 season so far in 14 appearances.

While we have made these predictions for FC Gifu v Renofa Yamaguchi for this match preview with the best of intentions, no profits are guaranteed. Always gamble responsibly, and with what you can afford to lose. We wish you the best of luck.