Our predictions, user poll and statistics for FC Groningen v SC Cambuur can be found here - along with the latest match odds.

FC Groningen will be hoping for a better result following a 2-3 Eredivisie defeat last time out to SC Cambuur.

FC Groningen have struggled with their forward play in more recent games. Their ‘goals for’ figure equals just 4 vs opposition teams over their previous six fixtures. In those games, FC Groningen have also seen the number of goals that have gone against them total 15.

Taking a look at their past results, FC Groningen:

The stats tell the story, and SC Cambuur have been scored against in 6 of their last 6 games, seeing their opponents hit 10 goals overall. Defensively, SC Cambuur certainly have room for improvement. Let’s find out if that trend will be sustained into this next match.

Coming into this fixture, SC Cambuur haven’t won away from home in the past 8 league matches. Very poor, indeed.

Inspecting their prior head-to-head clashes going back to 02/03/2014 tells us that FC Groningen have won 3 of them and SC Cambuur 1, with the number of draws standing at 2.

An aggregate of 19 goals were yielded between them in these games, with 10 of them for Trots van het Noorden and 9 created by Herten. This gives an average number of goals per game equal to 3.17.

The last league game between these sides was Eredivisie match day 1 on 15/08/2021 when it ended SC Cambuur 1-2 FC Groningen.

In that match, SC Cambuur had 54% possession and 6 shots at goal with 3 of them on target. The scorer was Robin Maulun (68').

FC Groningen have it within them to get a lot of shots on goal and make them count.

In contrast, SC Cambuur will not find it easy to get shooting opportunities but do we see them seeing enough of the ball to score, too.

We can therefore see a decent 3-1 win for FC Groningen when all’s said and done. 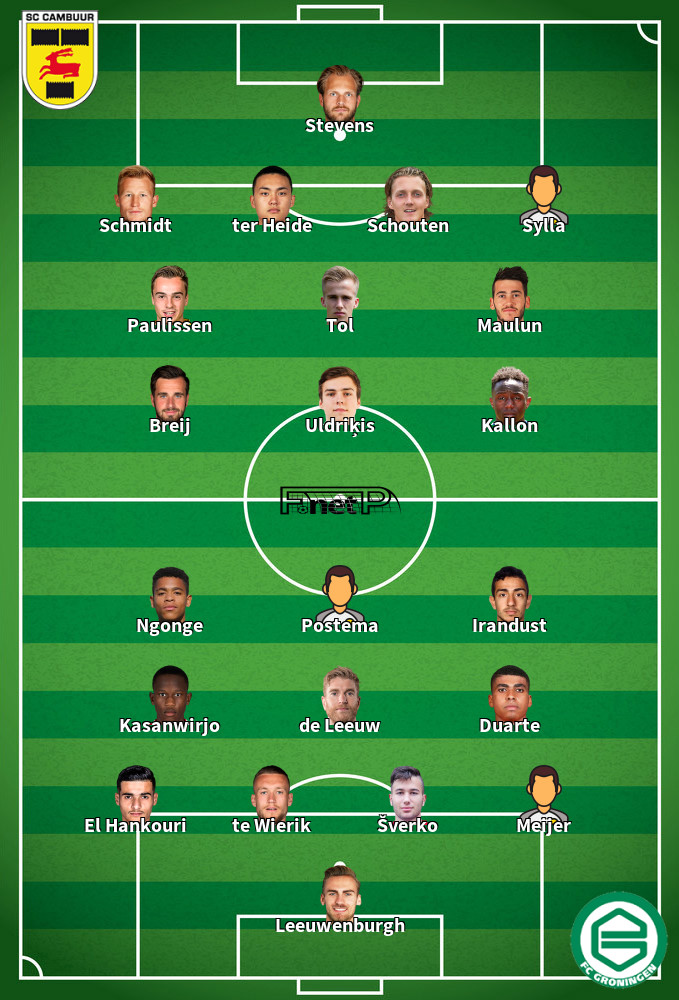 Usually deployed in the Striker position, Jorgen Larsen was born in Halden, Norway. Having made a first senior appearance for Sarpsborg 08 in the 2017 season, the dangerous Forward has managed 13 league goals in the Eredivisie 2021 - 2022 season to date from a total of 31 appearances.

While we have made these predictions for FC Groningen v SC Cambuur for this match preview with the best of intentions, no profits are guaranteed. Always gamble responsibly, and with what you can afford to lose. Good luck if you do place a bet today.