For all of our match predictions, pre-game poll and statistics for FC Haka v Helsinki IFK, scroll down (inc. the best betting odds).

FC Haka enter this game coming off the back of a 1-1 Veikkausliiga stalemate versus SJK.

It has not been often in recent times where FC Haka haven’t conceded. The facts show that Haka have seen their defence breached in 6 of their previous 6 games, leaking 11 goals along the way. That being said, it remains to be seen whether that trend will persist here in this match or not.

Heading into this fixture, FC Haka have not won at home in their last 2 league matches.

Previously, Helsinki IFK drew 2-2 in the Veikkausliiga match with Ilves.

The only player to score from Helsinki IFK was Sakari Mattila (10'). Mikael Almén (14') and Nattan Skyttä (24') scored for Ilves.

Going into this contest, Helsinki IFK are unbeaten in their last 5 league matches away from home.

FC Haka manager Teemu Tainio will be happy not to have any fitness concerns at all ahead of this clash with a completely healthy group available to choose from.

Thanks to a largely healthy group, there’s only the lone fitness issue for the Helsinki IFK boss Teemu Kankkunen to contend with. Macario Hing-Glover (Knee Injury) misses out for this game.

We envisage that Helsinki IFK and FC Haka should both be able to score here although it’s hard to pick a clear winner.

Let’s see how it plays out, but a draw is looking likely to us. With that in mind, we reckon that it will be a very close game with a 1-1 draw at the conclusion of the game.

💵 What are the top odds for this match?

Looking at the bookies’ prices in the full-time result market, backing FC Haka can be had for 2.45, a wager on the game finishing all-square is 3.35 and betting on victory for Helsinki IFK comes in at 2.9. These are the top prices that can be secured as of now. 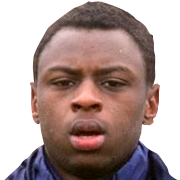 Generally played in the Central Attacking Midfielder position, Saibou Keita was born in Oslo, Norway. Having played his first senior match for FC Haka in the 2020 season, the goalscoring Midfielder has scored a sum of 2 league goals in this Veikkausliiga 2020 season so far from a total of 4 appearances.

While we have made these predictions for FC Haka v Helsinki IFK for this match preview with the best of intentions, no profits are guaranteed. Always gamble responsibly, and with what you can afford to lose. Good luck!

⚽️ Where can I see the tips for other Veikkausliiga matches?

View all of the upcoming (and previous) Veikkausliiga predictions & previews here.