FC Honka head into this game after a 1-1 Conference League Qualifiers draw versus Domžale.

Their more recent scorelines reveal that much solidity has been shown by the FC Honka backline. Honka have been mean at the back, seeing the total number of goals that have flown into the back of their net over the course of their previous six clashes standing at 4. We will just have to find out whether or not that trend will end up being continued on in this game.

Coming into this meeting, FC Honka haven't been defeated in their previous 2 league matches at home.

In their last fixture, FC Lahti drew 1-1 in the Veikkausliiga tie with IFK Mariehamn.

In that game, FC Lahti managed 60% possession and 13 attempts at goal with 7 on target. The only player on the scoresheet for FC Lahti was Macoumba Kandji (68'). IFK Mariehamn got 10 attempts on goal with 4 on target. Eero Tamminen (50') scored for IFK Mariehamn.

Looking over their most recent head-to-head clashes going back to 25/08/2018 shows that FC Honka have won 3 of these & FC Lahti 2, with the number of drawn results being 1.

A sum of 13 goals were produced between them during those clashes, with 8 for Honka and 5 coming from Mustat kuhnurit. This gives an average number of goals per game equal to 2.17.

The previous league fixture featuring the two was Veikkausliiga match day 9 on 22/05/2021 when it finished FC Lahti 1-0 FC Honka.

FC Honka boss Vesa Vasara has zero fitness worries at all before this clash owing to a fully healthy squad ready to go.

With a fully injury-free group available to select from, FC Lahti manager Ilir Zeneli does not have any fitness concerns to report before this clash.

We’re inclined to think that FC Lahti and FC Honka should play out a closely-fought contest here.

Shouldn’t be much in it, and a draw looks quite a realistic result. That’s why our selection here is for a hard-fought 1-1 draw at the conclusion of the game. 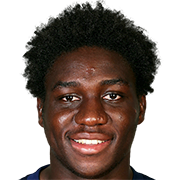 Customarily taking up the Striker position, Jean Marie Dongou was born in Douala, Cameroon. Having made his senior debut playing for Barcelona B in the 2011 - 2012 season, the gifted Forward has got 3 league goals in the Veikkausliiga 2021 campaign so far in 12 appearances.

We have made these FC Honka v FC Lahti predictions for this match preview with the best intentions, but no profits are guaranteed. Please always gamble responsibly, only with money that you can afford to lose. Good luck with your selections.