FC Honka are the guests at Bolt Arena on Tuesday for the Veikkausliiga showdown with hosts Helsinki IFK.

Scroll down to see all of the predictions, poll and statistics for Helsinki IFK v FC Honka (inc. the best betting odds).

Helsinki IFK will want to continue from where they left off last time out with a 0-2 Veikkausliiga victory vs KTP.

In that game, Helsinki IFK managed 52% possession and 13 shots at goal with 5 on target. For Helsinki IFK, the goalscorers were Jusif Ali (35') and Pipe Sáez (55'). KTP got 3 shots on goal with 2 of them on target.

Helsinki IFK have been on a persistent run of goalscoring form, hitting the target in one hundred percent of their last 6 games.

They’ve managed to rack up 9 during that time while seeing the number of goals scored against them stand at 7.

Going into this game, the form guide shows that Helsinki IFK:

FC Honka go into this clash following on from a 0-2 Veikkausliiga win to defeat AC Oulu in their most recent match.

Looking at their form, and FC Honka have been scored against in 5 of their last 6 games, seeing their opponents hit 7 goals in all. Defensively, Honka have some weaknesses to address. Even so, we will just have to wait and see whether that trend might continue on in this match.

The previous league match featuring these clubs was Veikkausliiga match day 18 on 02/10/2020 which finished with the scoreline of Helsinki IFK 1-1 FC Honka.

There’s just one fitness concern for the Helsinki IFK boss Joaquín Gómez to contend with thanks to an otherwise robust set of players. Sakari Tukiainen (Knee Injury) is out of contention.

Thanks to a fully injury-free group available to choose from, FC Honka boss Vesa Vasara does not have any fitness concerns at all before this game.

Our thinking is that Helsinki IFK will have to work hard as a team to hit the back of the net against this FC Honka outfit who will likely manage to get a goal of their own in a winning performance.

We therefore fancy a good tussle with a 0-1 advantage for FC Honka at the end of this game. 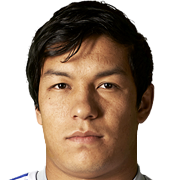 Customarily taking up the Centre Midfield position, Moshtagh Yaghoubi was born in Kabul, Afghanistan. After making a first senior appearance for FC Honka in the 2011 season, the goalscoring Midfielder has struck 2 league goals in this Veikkausliiga 2021 season so far in a total of 5 appearances.

While we have made these predictions for Helsinki IFK v FC Honka for this match preview with the best of intentions, no profits are guaranteed. Always gamble responsibly, and with what you can afford to lose. Good luck!