FC Honka visit Arto Tolsa Areena on Saturday for the Veikkausliiga game with home side KTP.

For all of our match predictions, pre-game poll and statistics for KTP v FC Honka, scroll down including the latest game odds.

KTP will be wanting a better result here following a 2-1 Veikkausliiga losing effort in their last game against FC Lahti.

In that game, KTP had 40% possession and 2 attempts on goal with 2 on target. The only player on the scoresheet for KTP was Mohamadou Sissoko (92'). On the other side, FC Lahti had 8 shots at goal with 7 of them on target. Altin Zeqiri (41') and Loorents Hertsi (56') scored for FC Lahti.

Matches involving KTP have usually been lively affairs recently with high scoring being the norm. Over their past six clashes, a total of 20 goals have gone in for both sides combined (at an average of 3.33 goals per game) with 6 of those belonging to KTP. We shall soon find out if that trend will be sustained into this next match.

Coming into this fixture, KTP haven’t won at home in the past 12 league matches. It's been disappointing.

In their previous game, FC Honka drew 1-1 in the Veikkausliiga match with IFK Mariehamn.

The forward players for FC Honka have had real problems scoring goals in their past six clashes, contributing the poor return of only 4. In those matches, Honka have also seen the collective goal tally of opposing teams equal 6.

The last league encounter between these sides was Veikkausliiga match day 22 on 11/09/2021 which finished with the scoreline of FC Honka 3-1 KTP.

That day, FC Honka had 60% possession and 7 attempts on goal with 4 of them on target. Goals were scored by Konsta Rasimus (66') and Edmund Arko-Mensah (91').

At the other end, KTP had 1 attempts at goal with 1 of them on target. Aleksi Tarvonen (34') and Mohamadou Sissoko (49' Own goal) scored.

The match was refereed by Oskari Hämäläinen.

The KTP manager Teemu Kankkunen will be happy not to have any fitness concerns whatsoever coming into this clash thanks to a completely healthy group available for selection.

Thanks to a fully healthy squad available for selection, the FC Honka manager Vesa Vasara does not have any fitness concerns at all ahead of this match.

We feel that KTP must be fancied to find the back of the net against this FC Honka team, although one goal probably won’t quite be as many as they’ll concede.

We can see a narrow 1-2 advantage for FC Honka after 90 minutes. Let’s wait and see how it plays out. 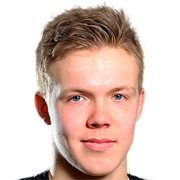 Mostly taking up the Left Wing position, Antti Mäkijärvi was born in Espoo, Finland. Having made his senior debut playing for FC Honka in the 2011 season, the skilful Forward has scored a sum of 3 league goals in the Veikkausliiga 2021 season so far coming from a total of 19 appearances.

While we have made these predictions for KTP v FC Honka for this match preview with the best of intentions, no profits are guaranteed. Always gamble responsibly, and with what you can afford to lose. We wish you the best of luck.