VPS Vaasa will host visitors FC Honka at Elisa Stadion in the Veikkausliiga meeting on Wednesday.

All of our predictions, stats and the user poll for VPS Vaasa v FC Honka are shown below - as well as up-to-date odds.

VPS Vaasa, who won their previous game, will hope for a similar result following a 1-5 Veikkausliiga triumph against Helsinki IFK.

It has not been often in recent times where VPS Vaasa have managed to hold out for a full 90 minutes. In fact, VPS Vaasa have failed to prevent opponents from scoring in 5 of their previous 6 clashes, letting in 8 goals on the way.

Leading up to this clash, VPS Vaasa:

FC Honka will come into the clash following on from a 2-0 Veikkausliiga win in the defeat of KuPS in their previous match.

A series of dependable performances from the FC Honka defensive players has seen the number of goals they’ve conceded standing at 4 from their past 6 fixtures in total. During the same period, their own attack force has managed to score 9. It will be interesting to find out whether or not that trend will be continued on into this next match.

Heading into this fixture, FC Honka remain unbeaten by VPS Vaasa in games played away from home for the previous 2 matches in the league.

If we look at their past head to head meetings going back to 31/08/2014, it’s been all-even between these two clubs with VPS Vaasa winning 2 of those games, FC Honka 2 and 2 being draws after 90 minutes of play.

In all, 17 goals were produced between them in this period, with 8 for Vepsi and 9 being from Honka. This gives an average number of goals per game equal to 2.83.

The last league contest featuring the two was Veikkausliiga match day 18 on 03/08/2019 and the score finished VPS Vaasa 2-3 FC Honka.

The VPS Vaasa manager Jussi Nuorela has zero fitness concerns to speak of coming into this match thanks to a completely healthy group available to choose from.

Due to a fully healthy group to pick from, the FC Honka manager Vesa Vasara has zero fitness worries at all ahead of this match.

We’re of the view that VPS Vaasa might need a bit of good fortune to score goals against this FC Honka side who should be able to get on the scoresheet themselves in a winning performance.

We’re therefore seeing a 0-1 winning margin for FC Honka at the end of the 90. 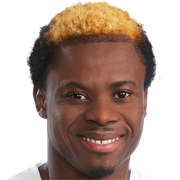 Normally used in the Striker position, Steven Morrissey was born in Jamaica. Having played his first senior match for VPS Vaasa in the 2011 season, the gifted Forward has managed 2 league goals in the Veikkausliiga 2022 campaign to date from a total of 8 appearances.

We have made these VPS Vaasa v FC Honka predictions for this match preview with the best intentions, but no profits are guaranteed. Please always gamble responsibly, only with money that you can afford to lose. Best of luck.