Ingolstadt face off with visiting team Holstein Kiel at Audi-Sportpark in the Bundesliga 2 game on Saturday.

All Ingolstadt v Holstein Kiel match predictions, user poll and stats are shown below - plus the latest betting odds.

Ingolstadt will be hoping to bounce back here following a 0-1 Bundesliga 2 defeat last time out to Holstein Kiel.

Ingolstadt have struggled with their forward play of late. Their goals record equals just 4 vs opposition teams during the course of their last 6 outings. In those games, Ingolstadt have also seen the number of goals against them come to 12. We will just have to see whether or not that trend will be sustained in this game.

Their previous form shows that Ingolstadt:

The stats tell the story, and Holstein Kiel have been scored against in 5 of their last 6 matches, letting opponents get 10 goals overall. In defence, Holstein Kiel just haven’t been too solid at all.

A look at their previous results shows us that Holstein Kiel:

If we look at their past head to head duels dating back to 29/08/2009, there has been little between the sides with Ingolstadt winning 1 of those games, Holstein Kiel 1 and 4 being draws after 90 minutes of play.

An aggregate of 17 goals were produced between them in these games, with 7 from Ingolstadt and 10 being from Holstein Kiel. That is an average goals per game value of 2.83.

The last league clash between these clubs was Bundesliga 2 match day 29 on 14/04/2019 which finished with the scoreline of Ingolstadt 1-1 Holstein Kiel.

We feel that Ingolstadt will do well to get anything against this Holstein Kiel lineup who we think might just have the edge.

That’s why our selection here is for a very competitive encounter with a 0-1 win for Holstein Kiel at the end of this game. 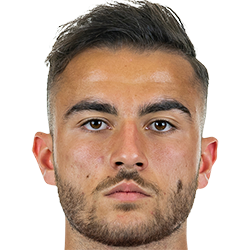 Generally taking to the field in the Striker position, Fatih Kaya was born in Germany. Having made his senior debut playing for Ingolstadt in the 2018 - 2019 season, the gifted Forward has got 2 league goals in this 2. Bundesliga 2021 - 2022 season to date in a total of 9 appearances.

We have made these Ingolstadt v Holstein Kiel predictions for this match preview with the best intentions, but no profits are guaranteed. Please always gamble responsibly, only with money that you can afford to lose. Good luck with your selections.