The 3rd Liga tie at Audi-Sportpark on Sunday will see home team Ingolstadt take to the field against Duisburg.

Scroll down for all of our predictions, poll and stats for the Ingolstadt v Duisburg game - as well as up-to-date odds.

Ingolstadt will play in this game after a 3-3 3rd Liga drawn result against Saarbrucken.

Over their past 6 games, Tomas Oral's Ingolstadt have celebrated scoring a total of 9 times, an average number of goals scored per match of 1.5.

Their prior results show that Ingolstadt:

In their last fixture, Duisburg drew 1-1 in the 3rd Liga tie with Bayern Munich II.

The only name on the scoresheet from Duisburg was Vincent Vermeij (65'). Timo Kern (39') scored for Bayern Munich II.

Illustrating their involvement in productive matches, we’ve had goals 22 times in the prior six matches in which Duisburg have taken to the pitch, giving a mean average of 3.67 goals each meeting. Their opponents have got 13 from this total. That kind of pattern isn’t assured to be carried forward into this match, however.

A look at their previous results shows us that Duisburg:

Checking on their most recent head to head meetings going back to 19/09/2017 shows us that Ingolstadt have won 2 of them & Duisburg 1, with the number of drawn results being 3.

A lot of goals were also scored during this period, 22 overall at an average of 3.67 goals per match.

The previous league meeting between these sides was 3rd Liga match day 21 on 25/01/2020 when the final score was Duisburg 1-1 Ingolstadt.

We envisage that Ingolstadt have it within them to have the majority of the possession and should be able to turn a few of their chances into goals.

However, Duisburg could well struggle to score a goal of their own although we do think it’s probable that they will be hitting back at some stage.

Our selection here is for a pretty comfortable 3-1 winning margin for Ingolstadt at the end of this one. 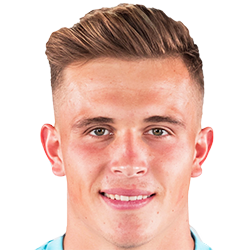 Usually used in the Striker position, Dennis Eckert was born in Bonn, Germany. After having played his first senior match for Celta Vigo in the 2018 - 2019 season, the accomplished Forward has bagged 3 league goals in the 3. Liga 2020 - 2021 campaign to date in 6 appearances.

While we have made these predictions for Ingolstadt v Duisburg for this match preview with the best of intentions, no profits are guaranteed. Always gamble responsibly, and with what you can afford to lose. Best of luck with your selections.