FC Inter Turku will do battle with away side HJK at Veritas Stadion in this Veikkausliiga match on Friday.

Our tips, poll and stats for FC Inter Turku v HJK can all be found here - along with the latest match odds.

FC Inter Turku will want to continue from where they left off last time out with a 5-1 Veikkausliiga success vs Ilves.

It has been a rare occasion in recent games where FC Inter Turku have managed to hold out for a full 90 minutes. In fact, Sinimustat have failed to prevent opponents from scoring in 5 of their previous 6 clashes, letting in 6 goals during that time.

Analysis of their past results shows that FC Inter Turku:

HJK come into this clash after a 3-1 Veikkausliiga win in the defeat of FC Haka in their previous game.

Looking at their form, and HJK have been scored against in 5 of their last 6 matches, letting opponents get 8 goals in all. At the back, Klubi have been far from perfect. Nevertheless, it remains to be seen whether that pattern shall be sustained in this next game or not.

Going into this encounter, HJK have left without a victory over FC Inter Turku when they have played them away from home in the previous 2 matches in the league.

Looking at their most recent head to head meetings dating back to 25/04/2018 tells us that FC Inter Turku have won 2 of these games and HJK 3, with the tally of drawn matches being 1.

A combined total of 15 goals were shared by the two clubs throughout the course of those matches, with 6 of them for Sinimustat and 9 netted by Klubi. The average goals per game has been 2.5.

FC Inter Turku manager Jose Riveiro has a full complement, with no fitness worries at all before this match thanks to a fully injury-free squad ready to go.

Due to a completely injury-free group available to select from, HJK boss Toni Koskela has zero fitness concerns to report ahead of this clash.

We’re inclined to think that FC Inter Turku will need to put in a solid display to see themselves scoring against this HJK side who we think should be able to get on the scoresheet themselves in a winning performance.

We’ve gone for a hard-fought contest, finishing with a 0-1 winning score for HJK at the end of the 90.

Over/Under 2.5 Goals Prediction for FC Inter Turku vs HJK
Under 2.5 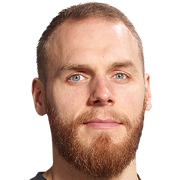 Normally played in the Striker position, Timo Furuholm was born in Pori, Finland. Having played his first senior match for FC Jazz in the 2003 season, the gifted Forward has bagged 3 league goals in the Veikkausliiga 2020 campaign to date coming from a total of 2 appearances.

While we have made these predictions for FC Inter Turku v HJK for this match preview with the best of intentions, no profits are guaranteed. Always gamble responsibly, and with what you can afford to lose.