FC Inter Turku will be the visitors at Wiklöf Holding Arena on Wednesday for the Veikkausliiga meeting with home side IFK Mariehamn.

Scroll down to see all of the predictions, poll and statistics for IFK Mariehamn v FC Inter Turku including the latest game odds.

IFK Mariehamn will be hoping to return to winning ways here after the 2-1 Veikkausliiga loss in their previous game against FC Inter Turku.

Matches with IFK Mariehamn have usually been entertaining affairs of late with plenty of scoring being the norm. Over their past 6 games alone, a total of 20 goals have been scored for both teams combined (at an average of 3.33 goals per game) with 8 of these being chalked up by Grönvitt.

FC Inter Turku come into this encounter following a 2-1 Veikkausliiga win versus IFK Mariehamn in their most recent fixture.

A run of steadfast showings from the FC Inter Turku defensive unit has resulted in the number of goals they’ve conceded amounting to 4 from their past 6 outings combined. Over that same period, the number of goals that they have scored themselves amounts to 11. We will just have to see if that trend will end up being continued on here.

Taking a look at their past results, FC Inter Turku:

An inspection of their past head to head meetings going back to 02/06/2018 shows that these fixtures have been miserable for IFK Mariehamn. They’ve not been able to come away with any victories whatsoever whereas FC Inter Turku have been too good for them, beating them in 83% of those match-ups.

A sum of 16 goals were scored between the two sides in this period, with 4 of them from Grönvitt and 12 being from Sinimustat. That’s an average goals per game of 2.67.

The last league clash featuring the two was Veikkausliiga match day 1 on 15/09/2019 when it ended FC Inter Turku 2-0 IFK Mariehamn.

The match was refereed by Atte Jussila.

IFK Mariehamn manager Lukasz Syberyjski will be grateful not to have any fitness worries whatsoever ahead of this match thanks to a fully injury-free group available to select from.

Thanks to a completely healthy group ready to go, FC Inter Turku boss Jose Riveiro doesn’t have any fitness worries to report ahead of this match.

Here is a game where IFK Mariehamn could find themselves up against it to score goals against this FC Inter Turku outfit who we reckon will manage to get a goal of their own in a winning performance.

Our tip is therefore for a very even match with a 0-1 win for FC Inter Turku when all is said and done. 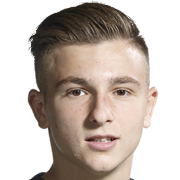 Generally deployed in the Left Attacking Midfielder position, Albion Ademi was born in Turku, Finland. Having played his first senior match for FC Inter Turku in the 2016 season, the goalscoring Midfielder has struck 3 league goals in the Veikkausliiga 2020 season so far in a total of 5 appearances.

We have made these IFK Mariehamn v FC Inter Turku predictions for this match preview with the best intentions, but no profits are guaranteed. Please always gamble responsibly, only with money that you can afford to lose. Good luck with your selections.