FC Krasnodar will arrive at Arena-Khimki on Saturday for the Premier League fixture with home team FC Khimki.

To see all of our predictions, user poll & stats for FC Khimki v FC Krasnodar, scroll down - as well as the best betting odds.

FC Khimki will play in this game following a 0-0 Premier League draw vs CSKA Moscow.

FC Khimki have not been in good attacking form in recent times. Their goals record equals just 3 vs opposing sides during the course of their previous six outings. In those games, FC Khimki have also seen the number of goals that have gone against them total 7.

FC Krasnodar will go into this clash following a 2-1 Premier League win with the downing of Spartak Moscow in their last match.

The stats don’t lie, and FC Krasnodar have been scored against in 5 of their last 6 games, with opponents netting 5 goals in total. Defensively, FC Krasnodar have some weaknesses to address. That aside, it remains to be seen whether that trend will be replicated here in this game.

The last league game featuring these clubs was Premier League match day 2 on 01/08/2021 which finished with the scoreline of FC Krasnodar 0-1 FC Khimki.

That time, FC Krasnodar had 64% possession and 11 shots on goal with 5 of them on target.

At the other end, FC Khimki had 14 shots at goal with 8 of them on target. Ilya Kukharchuk (63') scored.

The match was refereed by Artyom Lyubimov.

The FC Khimki manager Igor Cherevchenko has a full complement, with no fitness concerns to speak of before this match with a fully injury-free squad available for selection.

Owing to a completely injury-free squad to pick from, the FC Krasnodar manager Viktar Hancharenka doesn’t have any fitness worries at all ahead of this match.

Our assessment is that FC Khimki are certainly able to breach the defence of this FC Krasnodar side, although one goal is unlikely to prevent defeat.

Our tip is for a tight encounter finishing with a 1-2 victory for FC Krasnodar at the end of the match. It should be a decent one. 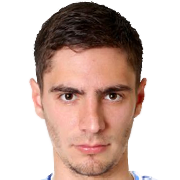 Regularly played in the Left Attacking Midfielder position, Ilya Kukharchuk was born in Russia. Having made his senior debut playing for Anzhi Makhachkala in the 2010 season, the dangerous Midfielder has struck 3 league goals in the Premier League 2021 - 2022 season so far coming from a total of 14 appearances.

We have made these FC Khimki v FC Krasnodar predictions for this match preview with the best intentions, but no profits are guaranteed. Please always gamble responsibly, only with money that you can afford to lose. Good luck with your selections.