Spartak Moscow will face off against visiting rivals FC Khimki at Otkritie Bank Arena in this Premier League clash on Saturday.

Scroll down to see all of the predictions, poll and statistics for Spartak Moscow v FC Khimki - as well as the best betting odds.

Spartak Moscow will be hoping to return to winning ways here following a 1-2 Premier League loss in their previous game against Sochi.

In that game, Spartak Moscow had 58% possession and 15 shots on goal with 2 on target. The scorer for Spartak Moscow was Roman Zobnin (60'). Sochi had 10 shots at goal with 3 of them on target. Maksim Barsov (66') and Artur Yusupov (72') scored for Sochi.

Spartak Moscow have found it difficult to unlock defences of late. Their goals record stands at just 4 against opponents over their previous six matches. In those games, Spartak Moscow have also seen the number of goals against them come to 9. We will have to see whether or not that trend will be continued on here.

Going into this contest, Spartak Moscow have not been beaten in the league by FC Khimki in their last 7 games.

In their last fixture, FC Khimki drew 1-1 in the Premier League tie with Nizhny Novgorod.

Checking on their past head to head meetings going back to 29/03/2008 reveals that these encounters have ended in disappointment for FC Khimki. They’ve not managed to come away with any victories at all while Spartak Moscow have been too good for them, running out winners in 67 per cent of those matches played.

20 goals were produced between them in these games, with 13 for Narodnaya komanda and 7 belonging to Khimki. The average number of goals per game works out to 3.33.

The previous league game featuring these sides was Premier League match day 29 on 10/05/2021 which finished with the scoreline of Spartak Moscow 2-1 FC Khimki.

That time, Spartak Moscow had 65% possession and 24 attempts at goal with 8 of them on target. The goalscorers were Aleksandr Sobolev (53') and Jordan Larsson (89').

For their opponents, FC Khimki had 5 shots at goal with 2 on target. Maksim Glushenkov (27') scored.

The referee was Vladislav Bezborodov.

With a fully injury-free squad available to select from, the FC Khimki manager Igor Cherevchenko has no fitness worries to report ahead of this game.

We believe that Spartak Moscow will probably get a lot of shots on goal and make them count.

Conversely, FC Khimki could well find it tough finding the net themselves although we do think that they will probably end up getting enough chances to score, too.

We’re therefore expecting to see a comfortable 3-1 margin for Spartak Moscow when all’s said and done. 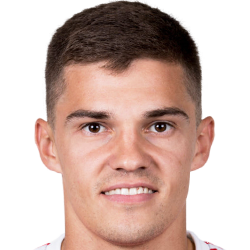 Normally playing in the Centre Midfield position, Roman Zobnin was born in Russia. Having made a first senior appearance for Dynamo Moscow in the 2013 - 2014 season, the gifted Midfielder has contributed 2 league goals in this Premier League 2021 - 2022 campaign to date in 6 appearances.

We have made these Spartak Moscow v FC Khimki predictions for this match preview with the best intentions, but no profits are guaranteed. Please always gamble responsibly, only with money that you can afford to lose. Best of luck with your selections.