Return to this page a few days before the scheduled game when this expired prediction will be updated with our full preview and tips for the next match between these teams.
Full-Time Result Prediction
👉
FC Khimki to Win

FC Khimki take on away team Tambov at Arena-Khimki in the Premier League tie on Saturday.

Scroll down to see all of the predictions, poll and statistics for FC Khimki v Tambov - as well as up-to-date odds.

FC Khimki will be looking to improve on their last outing here after the 2-0 Premier League defeat in their last game at the hands of Zenit St Petersburg.

In that match, FC Khimki had 40% possession and 8 shots on goal with 2 on target. For their opponents, Zenit had 21 shots at goal with 4 of them on target. Vyacheslav Karavayev (45') and Andrei Mostovoy (90') scored for Zenit St Petersburg.

Over their prior 6 fixtures, Igor Cherevchenko's FC Khimki have netted a total of 9 times resulting in an average number of goals scored per match equal to 1.5.

Going into this encounter, FC Khimki are unbeaten in their last 6 home league matches.

Since a loss in their previous game against CSKA Moscow in Premier League competition, Tambov will be aiming to make amends here.

In that match, Tambov had 30% possession and 7 shots on goal with 2 on target. The only player on the scoresheet for Tambov was Artyom Arkhipov (16'). On the other side, CSKA Moskva had 26 shots on goal with 11 of them on target. Nikola Vlašić (26') and Salomón Rondón (52') scored for CSKA Moscow.

The numbers tell their own story, and Tambov have been scored against in 6 of their last 6 matches, seeing their opponents hit 17 goals overall. At the back, The Wolves can certainly do much better.

Heading into this contest, Tambov haven’t won away from home in the past 6 matches in the league.

The last league encounter featuring these clubs was Premier League match day 3 on 18/08/2020 when it finished Tambov 1-0 FC Khimki.

The referee was Mikhail Vilkov.

FC Khimki manager Igor Cherevchenko has zero fitness concerns to speak of coming into this clash thanks to a completely injury-free group ready to go.

With a completely injury-free squad to pick from, Tambov boss Sergei Pervushin has zero fitness concerns to speak of ahead of this game. Catalin Carp will not be able to play in this game through being suspended.

In this match, FC Khimki will, in all likelihood, convert a lot of goal-scoring opportunities.

At the other end, Tambov won’t find it easy to get a goal of their own although we do think it’s probable that they will be scoring.

We’re tipping a controlled 3-1 margin for FC Khimki when the full-time whistle blows. 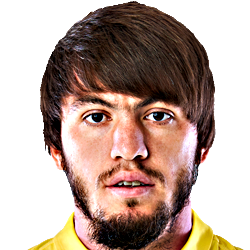 Normally played in the Left Attacking Midfielder position, Reziuan Mirzov was born in Russia. After having played his first senior match for Torpedo Moscow in the 2014 - 2015 season, the gifted Midfielder has scored 6 league goals in the Premier League 2020 - 2021 campaign to date from a total of 13 appearances.

While we have made these predictions for FC Khimki v Tambov for this match preview with the best of intentions, no profits are guaranteed. Always gamble responsibly, and with what you can afford to lose. Good luck if you do place a bet today.