Return to this page a few days before the scheduled game when this expired prediction will be updated with our full preview and tips for the next match between these teams.
Full-Time Result Prediction
👉
FC Khimki to Win

Our predictions, user poll and statistics for FC Khimki v Ural can be found here - as well as up-to-date odds.

FC Khimki fans will want a repeat of their previous result, being the 0-1 Premier League triumph vs Dynamo Moscow.

In that game, FC Khimki managed 40% possession and 8 shots on goal with 2 of them on target. The scorer for FC Khimki was Maksim Glushenkov (91'). Dynamo Moskva got 21 shots at goal with 7 on target.

In their preceding 6 fixtures, Igor Cherevchenko's FC Khimki have scored a combined total of 7 times, with that being an average number of goals scored per match of 1.17.

Going into this contest, FC Khimki are undefeated in their previous 7 home league matches.

In the game prior to this, Ural drew 1-1 in the Premier League match with Terek Grozny.

Yuri Matveyev's Ural have found the back of the net a total of 7 times in the course of their latest 6 matches. The aggregate of goals that have been scored against them during the equivalent period comes to 9.

Coming into this clash, Ural are without a win away from home in their last 7 league games.

The last league clash featuring the two was Premier League match day 7 on 12/09/2020 when the final score was Ural 3-1 FC Khimki.

FC Khimki boss Igor Cherevchenko has zero fitness concerns to speak of before this match thanks to a completely injury-free squad available to select from.

Owing to a fully healthy group available for selection, Ural boss Yuri Matveyev does not have any fitness worries to speak of ahead of this match.

We think that Ural may find it difficult to score goals against this FC Khimki team who we think might well score at least once to put them ahead.

That’s why we have predicted a good tussle with a 1-0 victory for FC Khimki when all is said and done. 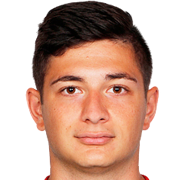 Generally played in the Right Attacking Midfielder position, Arshak Koryan was born in Sochi, Russia. Having played his first senior match for Vitesse in the 2016 - 2017 season, the accomplished Midfielder has hit 4 league goals in this Premier League 2020 - 2021 campaign to date coming from a total of 13 appearances.

While we have made these predictions for FC Khimki v Ural for this match preview with the best of intentions, no profits are guaranteed. Always gamble responsibly, and with what you can afford to lose. Good luck with your selections.