FC Copenhagen will arrive at MCH Arena on Sunday for the Superliga meeting with hosts FC Midtjylland.

View all FC Midtjylland v FC Copenhagen tips, stats and our pre-match poll below - as well as the best betting odds.

FC Midtjylland will be looking for another win after a 5-1 Europa League triumph over Lazio.

Fewer than three goals per game were recorded in 5 of the last 6 meetings where FC Midtjylland have taken part. Breaking down the goal distribution from that period, opposition teams scored an aggregate of 7 while FC Midtjylland managed a tally of 8. With no two games being the same, it remains to be seen whether the trend shall be sustained in this upcoming game.

Their prior results show that FC Midtjylland:

In their last fixture, FC Copenhagen drew 0-0 in the Champions League tie with Sevilla.

The forward players for FC Copenhagen have failed to get amongst the goals over their last six games, contributing the disappointing return of just 3. In those matches, FCK have also seen the overall goal aggregate against them equal 8.

Leading up to this clash, FC Copenhagen:

A look at their most recent head-to-head meetings going back to 22/04/2021 tells us that FC Midtjylland have won 2 of these games & FC Copenhagen 3, with the number of drawn matches being 1.

A combined total of 14 goals were produced between them in this period, with 7 of them for Ulvene and 7 being from FCK. That’s an average goals per game figure of 2.33.

The previous league contest between these clubs was Superliga match day 6 on 01/05/2022 when the final score was FC Midtjylland 0-0 FC Copenhagen.

In that game, FC Midtjylland had 55% possession and 11 attempts at goal with 3 on target.

FC Copenhagen got 10 attempts on goal with 4 of them on target.

The referee was Morten Krogh.

Thanks to a mainly healthy group, there’s just the one fitness problem for the FC Copenhagen boss Jess Thorup to contend with. Akinkunmi Amoo (Ruptured knee ligament) won’t be in action.

We feel that FC Copenhagen and FC Midtjylland should both be able to find the back of the net here although it’s difficult to select a clear winner.

Will be interesting to see how this one goes, with a good chance of a draw. We’re therefore anticipating a very even match with a 1-1 scoreline at full-time. 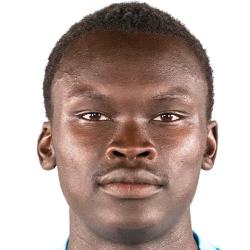 Normally played in the Left Wing position, Pione Sisto was born in Kampala, Uganda. After having made a senior debut playing for FC Midtjylland in the 2012 - 2013 season, the accomplished Forward has contributed 3 league goals in this Superliga 2022 - 2023 season to date in a total of 6 appearances.

While we have made these predictions for FC Midtjylland v FC Copenhagen for this match preview with the best of intentions, no profits are guaranteed. Always gamble responsibly, and with what you can afford to lose. Good luck with your selections.