FC Copenhagen are the guests at Nature Energy Park on Sunday for the Superliga meeting with hosts Odense BK.

For all of our match predictions, pre-game poll and statistics for Odense BK v FC Copenhagen, scroll down - plus the latest match odds.

Odense BK will be looking to improve on their last outing here after the 2-1 Superliga Play-Offs defeat in their last game at the hands of AGF Aarhus.

De Stribede have been finding it hard to keep clean sheets recently, although they have also done enough to score goals themselves. Looking at their last 6 games, De Stribede have conceded in 5 of them as well as scoring in 6 of those matches. Let’s find out whether or not that trend will be continued on in this game.

After tasting defeat last time out to Manchester United in Europa League competition, FC Copenhagen will be aiming to make amends here.

During their 6 latest matches, Ståle Solbakken's FC Copenhagen have fired home a total of 8 times - giving them the goals per game average of 1.33.

An inspection of their past head to head meetings stretching back to 05/08/2018 shows that these encounters have been a source of anguish for Odense BK. They have not managed to register any victories whatsoever whereas FC Copenhagen have simply been better than them, running out winners in 100 per cent of those games where they have faced each other.

A total of 21 goals were shared by the two clubs in this period, with 4 from De Stribede and 17 being from FCK. That’s an average goals per game of 3.5.

The last league meeting between these clubs was Superliga match day 20 on 16/12/2019 when it finished FC Copenhagen 2-1 Odense BK.

Odense BK boss Jakob Michelsen has a full complement, with no fitness concerns to speak of ahead of this game with a completely healthy squad to choose from.

From a largely full-strength group of players, there’s only a single fitness problem for the FC Copenhagen gaffer Ståle Solbakken to be concerned about. Nicolaj Thomsen (Shoulder fracture) won’t be playing here.

We feel that Odense BK will have to play well to hit the back of the net against this FC Copenhagen side who we reckon will win and very possibly keep a clean sheet.

We’ve gone for a very even match with a 0-1 winning score for FC Copenhagen when the full-time whistle blows.

Over/Under 2.5 Goals Prediction for Odense BK vs FC Copenhagen
Under 2.5 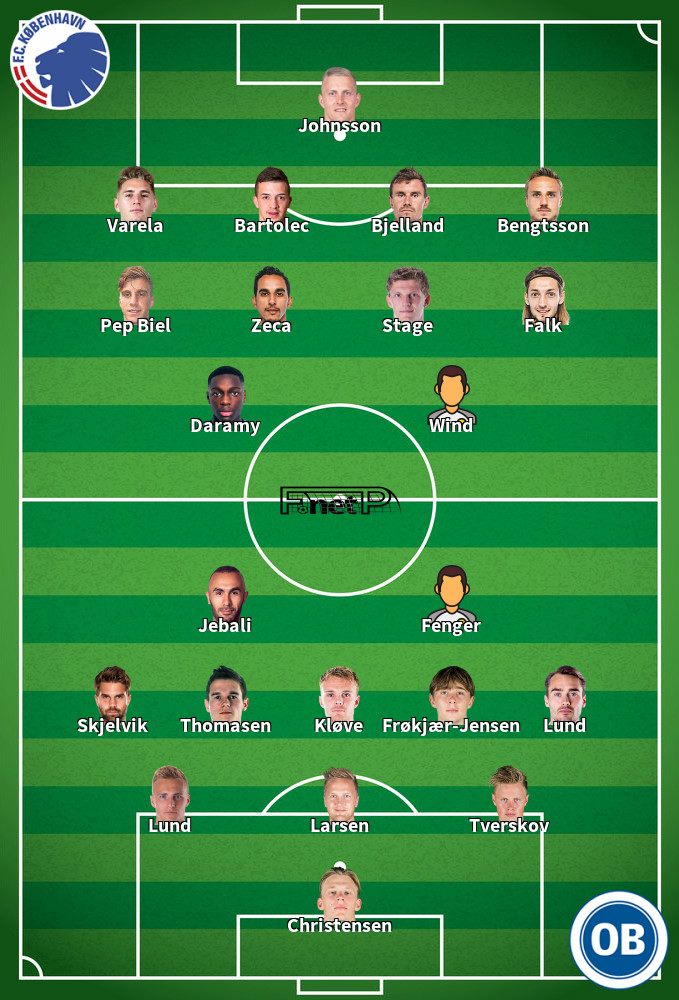 While we have made these predictions for Odense BK v FC Copenhagen for this match preview with the best of intentions, no profits are guaranteed. Always gamble responsibly, and with what you can afford to lose. Good luck if you do place a bet today.