All FC Krasnodar v Spartak Moscow game predictions, stats and user poll are shown below - plus the latest match odds.

FC Krasnodar will be looking to improve on their last outing here after a 1-0 Premier League loss in their previous game against Dynamo Moscow.

Their more recent scorelines shine a light on the fact that huge efforts have been put in by the FC Krasnodar rearguard. FC Krasnodar have been mean at the back, with the number of goals that have flown into the back of their net over the course of their past 6 clashes standing at 4. Previous results aside, time will tell if the trend might be replicated in this game.

In their last game, Spartak Moscow drew 1-1 in the Premier League match with Lokomotiv Moscow.

Over the course of their previous six outings, Spartak Moscow have helped themselves to a tally of 9 goals. Spartak Moscow have also managed to score in every single one of those games. Over that period, their defenders have had 16 goals go against them.

Inspecting their most recent head-to-head clashes stretching back to 18/08/2018 shows us that FC Krasnodar have won 2 of these and Spartak Moscow 3, with the number of drawn results standing at 1.

A sum of 18 goals were scored between the two sides during those clashes, with 6 from Byki and 12 netted by Narodnaya komanda. That is an average goals per game value of 3.

The last league match featuring these sides was Premier League match day 21 on 07/03/2021 when it finished Spartak Moscow 6-1 FC Krasnodar.

FC Krasnodar had 17 shots at goal with 4 of them on target. Yuri Gazinskiy (56') scored.

The match was refereed by Vitaly Meshkov.

The FC Krasnodar boss Viktar Hancharenka doesn’t have any fitness worries to speak of before this game owing to a completely healthy group available to choose from.

With a fully healthy squad to pick from, the Spartak Moscow boss Rui Vitória has no fitness concerns at all coming into this match.

Here is a game where Spartak Moscow could well find it tough to register a score against this FC Krasnodar team who should score one, at least.

We’ve gone for a good battle with a 1-0 winning score for FC Krasnodar at the conclusion of the game. 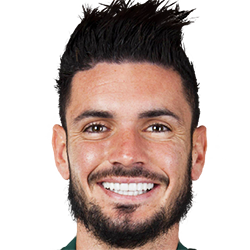 Mostly used in the Central Attacking Midfielder position, Rémy Cabella was born in Ajaccio, France. Having made his senior debut playing for AC Arles Avignon in the 2010 - 2011 season, the dangerous Midfielder has netted 3 league goals in the Premier League 2021 - 2022 season so far in 14 appearances.

We have made these FC Krasnodar v Spartak Moscow predictions for this match preview with the best intentions, but no profits are guaranteed. Please always gamble responsibly, only with money that you can afford to lose.