All SJK v FC Lahti game predictions, stats and user poll are shown below including the latest game odds.

SJK, buoyed by their previous result, will be hoping for more of the same after the 0-1 Veikkausliiga victory vs FC Inter Turku.

It’s been a rare occasion in recent games where SJK have managed to hold out for a full 90 minutes. The reality is that SJK have been scored against in 5 of their previous 6 matches, leaking 8 goals during that time. Even so, it remains to be seen whether that trend might be replicated in this game.

Looking at the pre-match facts, SJK:

In their previous fixture, FC Lahti drew 1-1 in the Veikkausliiga match with TPS Turku.

The only player to score from FC Lahti was Mikko Viitikko (83'). Santeri Haarala (46') was the scorer for TPS Turku.

FC Lahti have been a threat going forward in their most recent fixtures, scoring 9 times in their last 6 matches. This doesn’t mask the fact that Mustat kuhnurit have been somewhat leaky at the back, having also been scored against in 6 of those same outings.

Analysis of their past results shows that FC Lahti:

Checking out their prior head to head duels stretching back to 04/07/2018, there has been little to separate the clubs with SJK winning 1 of those games, FC Lahti 1 and 4 being drawn in regulation time.

Goals were few and far between in those games, too, with a sum of 5 scored between them combined.

The previous league fixture between these clubs was Veikkausliiga match day 2 on 08/07/2020 which finished with the scoreline of FC Lahti 0-0 SJK.

It’s a low absenteeism rate, with just a single fitness concern for the SJK manager Jani Honkavaara to be concerned about from an otherwise complete group of players. Samba Benga (Ankle Injury) is out of contention.

In an otherwise full-strength group of players, there is only the sole fitness issue for the FC Lahti manager Ilir Zeneli to contend with. Tim Martinen (Achilles tendon rupture) won’t be playing here.

We’re envisaging that FC Lahti will have their work cut out to score goals against this SJK team who we think might well score at least once to gain the upper hand.

Our tip is therefore for a good tussle with a 1-0 winning score for SJK at the end of this one.

Over/Under 2.5 Goals Prediction for SJK vs FC Lahti
Under 2.5 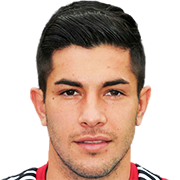 Regularly taking to the field in the Central Attacking Midfielder position, Emmanuel Ledesma was born in Quilmes, Argentina. After having made a senior debut playing for Queens Park Rangers in the 2008 - 2009 season, the skilful Midfielder has got 2 league goals in the Veikkausliiga 2020 campaign to date from a total of 4 appearances.

We have made these SJK v FC Lahti predictions for this match preview with the best intentions, but no profits are guaranteed. Please always gamble responsibly, only with money that you can afford to lose. Best of luck.