This FC Lausanne-Sport v FC Sion live stream video is scheduled to be broadcast on 19/05/2022. Fans of both clubs can watch the game on a live streaming service should the game be featured in the schedule referenced above. Here we show useful information for watching this Super League game including the most recent team form, h2h meetings and our game tips.

To view the game using other ways, search for television listings in your country. Such broadcasting rights are often allocated on a per-competition/league or even individual game arrangement basis. For games shown live on regional television programmes, check the schedules on channels including BT Sport, Amazon Prime Video, Sky Sports, Now TV, iTV, Canal+, Fox Soccer, ESPN that are relevant for your location.

Post-game, we may also provide a link to match highlights from time to time. We aren’t responsible for the transmission of any match video content linked to from this site. All legal complaints must be done by contacting the hosters/owners of such content.

FC Sion head to Stade de la Tuilière on Thursday for the Super League fixture with home side FC Lausanne-Sport.

Our FC Lausanne-Sport v FC Sion predictions, statistics and match poll can be seen below (inc. the best betting odds).

FC Lausanne-Sport prepare for this match following on from a 2-2 Super League drawn game versus FC Zürich.

Matches with FC Lausanne-Sport have tended to be lively encounters recently with plenty of scoring being a real hallmark. Over their past half dozen games, the sum of 20 goals have flown in for both sides combined (at an average of 3.33 goals per game) with 9 of them belonging to FC Lausanne-Sport.

Their prior results show that FC Lausanne-Sport:

After a loss in their previous game against FC Luzern in Super League competition, FC Sion will be hoping to turn things around here.

During their 6 most recent matches, Paolo Tramezzani's FC Sion have fired home a total of 7 times thus earning them the goals scored per game average of 1.17.

Ahead of this clash, FC Sion remain unbeaten by FC Lausanne-Sport in away games against them for the last 8 league matches. What an away run they have had against them.

Looking at their past head to head results going back to 23/01/2021 tells us that these encounters have not been kind to FC Lausanne-Sport. They’ve not been able to get themselves any victories whatsoever while FC Sion have simply been better than them, getting wins in 67% of those ties.

In all, 12 goals were scored between them in this period, with 3 of them for Lausanne and 9 being from Sion. That is an average goals per game value of 2.

The last league encounter featuring these clubs was Super League match day 24 on 02/03/2022 when the final score was FC Sion 1-0 FC Lausanne-Sport.

That day, FC Sion managed 53% possession and 3 attempts on goal with 1 of them on target. The scorer was Giovanni Sio (63').

On the other side, FC Lausanne-Sport got 16 shots on goal with 5 on target.

The match was refereed by Luca Piccolo.

We feel that in this game, FC Lausanne-Sport are capable enough to put a goal past this FC Sion team, although just one goal is unlikely to prevent defeat.

Our selection here is for both teams to score in a 1-2 winning margin for FC Sion after the 90. We’ll have to see what happens. 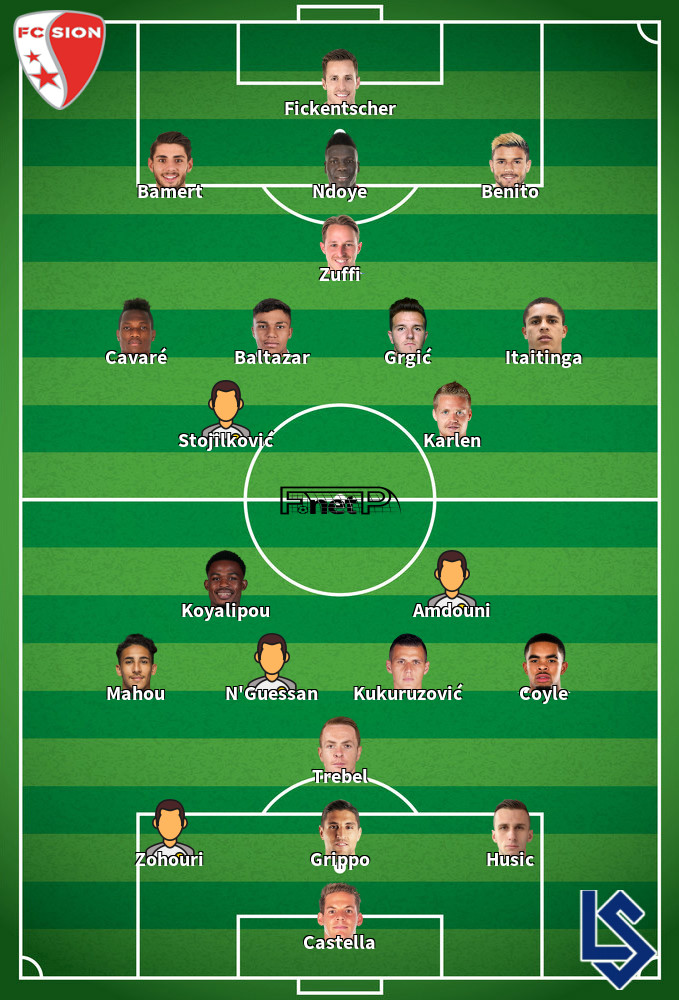 Mostly used in the Left Wing position, Brahima Ouattara was born in Ivory Coast. Having made a first senior appearance for FC Lausanne-Sport in the 2020 - 2021 season, the gifted Forward has managed to score 4 league goals in this Super League 2021 - 2022 campaign to date in a total of 31 appearances.

We have made these FC Lausanne-Sport v FC Sion predictions for this match preview with the best intentions, but no profits are guaranteed. Please always gamble responsibly, only with money that you can afford to lose.

⚽️ Where can I get the odds for other Super League games?

View all of the next (and previous) Super League predictions & previews here.