Our predictions, user poll and statistics for FC Lausanne-Sport v Servette FC can be found here including the latest game odds.

FC Lausanne-Sport, who won their previous game, will hope for a similar result following the 0-1 Super League triumph vs St Gallen.

In their last six fixtures, Ilija Borenović's FC Lausanne-Sport have hit the target a combined total of 8 times resulting in an average number of goals scored per match of 1.33.

Analysis of their past results shows that FC Lausanne-Sport:

Servette FC go into this encounter following a 3-2 Super League win with the eclipse of Grasshopper Club Zürich in their previous outing.

Indicating their predisposition for fruitful encounters, goals have been celebrated 22 times in the last 6 matches in which Servette FC have played, giving an average of 3.67 goals for each meeting. Opposing teams have managed 14 of these goals. It will be interesting to find out whether or not that trend will be sustained into this next match.

A quick look at their past head to head meetings going back to 29/05/2013 reveals that these fixtures have not been fruitful for Servette FC. They’ve not been able to register any victories at all while FC Lausanne-Sport have just been too good for them, beating them in 67% of those match-ups.

A combined total of 19 goals were shared by the two clubs in these games, with 14 from Lausanne and 5 coming from Les Grenats. This gives an average number of goals per game equal to 3.17.

The previous league encounter featuring these clubs was Super League match day 8 on 25/09/2021 when it finished Servette FC 1-1 FC Lausanne-Sport.

On that occasion, Servette FC had 64% possession and 17 shots at goal with 3 on target. The scorer was Miroslav Stevanović (32').

FC Lausanne-Sport got 5 attempts on goal with 1 of them on target. Stjepan Kukuruzović (44') was the scorer.

The FC Lausanne-Sport boss Ilija Borenović has a full complement, with no fitness concerns at all before this match owing to a fully healthy group available to choose from.

Thanks to a fully injury-free squad ready to go, the Servette FC boss Alain Geiger has no fitness concerns to speak of before this game.

We believe that FC Lausanne-Sport could well find it tough to get anything against this Servette FC lineup who we reckon will manage to score & go ahead.

That’s why our selection here is for a 0-1 winning score for Servette FC at the end of the 90 minutes. 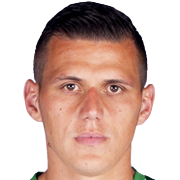 Typically played in the Centre Midfield position, Stjepan Kukuruzović was born in Croatia. After having made a senior debut playing for FC Zürich in the 2010 - 2011 season, the dangerous Midfielder has contributed 3 league goals in this Super League 2021 - 2022 season so far from a total of 14 appearances.

While we have made these predictions for FC Lausanne-Sport v Servette FC for this match preview with the best of intentions, no profits are guaranteed. Always gamble responsibly, and with what you can afford to lose. Good luck if you do place a bet today.