This St Gallen v FC Lausanne-Sport live stream video is set to be broadcast on 22/05/2022. Fans of both clubs can watch this game on a live streaming service should the game be included in the schedule referenced above. Here we show helpful information for watching this Super League game that includes the most recent team form, head to head meetings and our game views.

In order to view the game using alternative methods, look up tv listings in your place of residence. These broadcasting contracts are generally granted on a per-competition/league or even single match level. For games shown live on regional television programmes, check the schedules on channels such as BT Sport, Amazon Prime Video, Sky Sports, Now TV, iTV, Canal+, Fox Soccer, ESPN relevant to where you are.

Where the abovementioned broadcaster does broadcast a St Gallen v FC Lausanne-Sport football live streaming service, you can view it on mobile devices (iPhone, Android including Sony Xperia) and computer plus tablet (eg iPad, Lenovo Tab).

After the match finishes, we may also provide a link to match highlights from time to time. We aren’t responsible for the transmission of any game video content linked to from here. All legal complaints must be dealt with via the hosters/owners of said content.

St Gallen will host away team FC Lausanne-Sport at Kybunpark in the Super League clash on Sunday.

Our St Gallen v FC Lausanne-Sport predictions, statistics and match poll can be seen below - plus the latest match odds.

St Gallen will be looking to improve on their last outing here after the 3-2 Super League loss in their previous game against Grasshopper Club Zürich.

Fixtures involving St Gallen have proved to be absorbing ones recently with high scoring being the norm. Over their past 6 clashes, a grand total of 23 goals have flown in for both sides combined (at an average of 3.83 goals per game) with 10 of these being chalked up by St Gallen.

Since a loss in their previous game against FC Sion in Super League competition, FC Lausanne-Sport and their fans will hope to get a better result this time.

Heading into this fixture, FC Lausanne-Sport are without a win away from home in their last 10 league matches. It's not a good run at all.

An examination of their past head to head meetings dating back to 13/12/2020 shows us that St Gallen have won 4 of these and FC Lausanne-Sport 2, with the number of drawn results standing at 0.

The previous league encounter between the two was Super League match day 19 on 30/01/2022 and the score finished FC Lausanne-Sport 1-5 St Gallen.

In that game, FC Lausanne-Sport managed 41% possession and 5 attempts on goal with 1 of them on target. The scorer was Rodrigo Pollero (42').

The match was refereed by Luca Cibelli.

The St Gallen boss Peter Zeidler will be grateful not to have any fitness concerns to speak of coming into this clash with a completely injury-free squad ready to go.

FC Lausanne-Sport manager Alain Casanova has to choose a team with limited availability. Zeki Amdouni (Unknown Injury) and Aldin Turkes (Cruciate Ligament Rupture) won’t be making appearances. Mayron George will not be able to play in this game through being suspended.

We feel that FC Lausanne-Sport should get enough chances to get a goal against this St Gallen team, although that might not be as many as they will have scored against them.

We reckon that it will be both teams to score in a 2-1 win for St Gallen by the conclusion of the game. It really should be an interesting one. 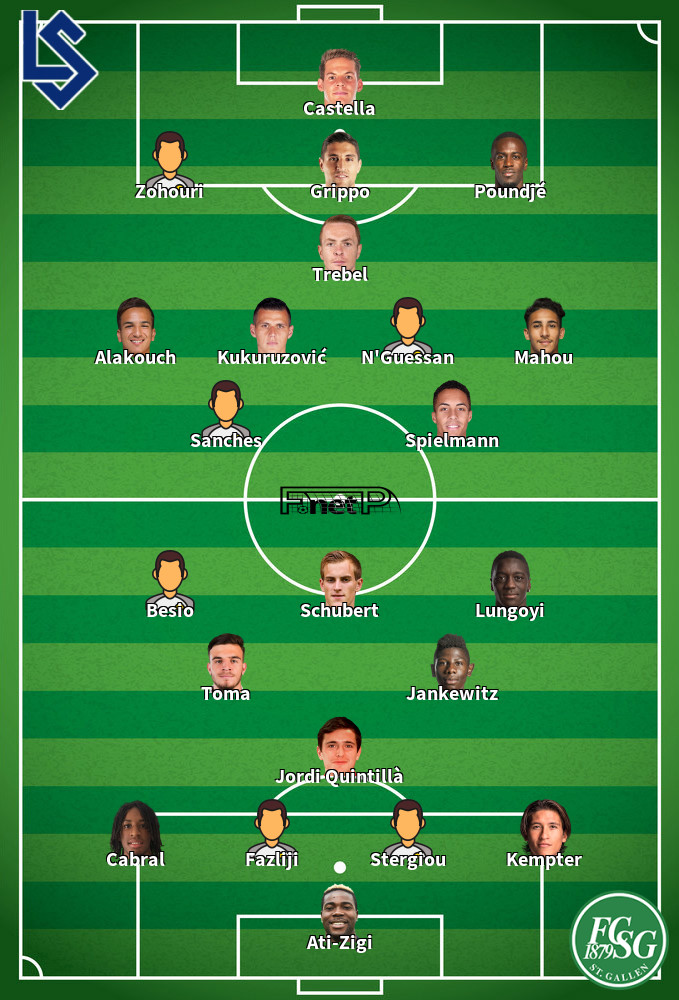 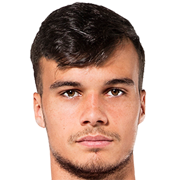 Typically used in the Striker position, Jérémy Guillemenot was born in Genf, Switzerland. Having made his senior debut playing for Rapid Vienna in the 2018 - 2019 season, the goalscoring Forward has contributed 9 league goals in this Super League 2021 - 2022 season to date coming from a total of 30 appearances.

While we have made these predictions for St Gallen v FC Lausanne-Sport for this match preview with the best of intentions, no profits are guaranteed. Always gamble responsibly, and with what you can afford to lose. Good luck with your selections.

⚽️ Where can I get the odds for other Super League matches?

View all of our next (and previous) Super League predictions & previews here.