SC Austria Lustenau will be visiting Red Bull Arena on Friday for the 2. Liga fixture with home team FC Liefering.

FC Liefering, buoyed by their previous result, will be hoping for more of the same after a 3-2 2. Liga triumph versus KSV 1919.

It has been all too rare in recent times where FC Liefering have managed to hold out for a full 90 minutes. The facts show that Liefering have seen their defence breached in 5 of their previous 6 games, giving up 7 goals on the way.

After a losing effort in their last game against SV Horn in 2. Liga action, SC Austria Lustenau and their fans will hope to get a better result this time.

The only scorer from SC Austria Lustenau was Ronivaldo (69'). Philipp Siegl (22') and Florian Sittsam (26') scored for SV Horn.

The stats tell the story, and SC Austria Lustenau have been scored against in 6 of their last 6 games, with opponents netting 11 goals overall. In defence, Lustenau just haven’t been too solid at all. We will just have to see whether or not that trend will be sustained into this next match.

Taking a look at their past results, SC Austria Lustenau:

A look at their past head to head meetings dating back to 03/11/2017 shows us that FC Liefering have won 1 of them & SC Austria Lustenau 3, with the tally of draws standing at 2.

A total of 17 goals were yielded between them in this period, with 8 of them from Liefering and 9 for Lustenau. That’s an average goals per game figure of 2.83.

The last league encounter featuring these clubs was 2. Liga match day 10 on 06/10/2019 which ended up with the score at SC Austria Lustenau 3-2 FC Liefering.

FC Liefering manager Bo Svensson doesn’t have any fitness concerns to speak of ahead of this clash thanks to a completely injury-free squad ready to go.

In an otherwise full-strength group, there is only the one fitness worry for the SC Austria Lustenau manager Roman Mählich to be concerned with. Patrik Eler (Knee Injury) misses out for this game. Michael Lageder will not be able to play in this game through being suspended.

Our feeling is that SC Austria Lustenau have the ability to break down this FC Liefering team, however that isn’t expected to prevent them from conceding a couple at the other end.

We’re expecting a narrow 2-1 victory for FC Liefering at the end of the match. Let’s see what happens here. 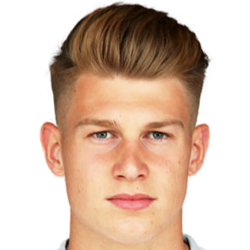 Mostly deployed in the Striker position, Tobias Anselm was born in Austria. Having made his senior debut playing for FC Liefering in the 2017 - 2018 season, the talented Forward has scored a sum of 6 league goals in this 2. Liga 2019 - 2020 season so far coming from a total of 17 appearances.

We have made these FC Liefering v SC Austria Lustenau predictions for this match preview with the best intentions, but no profits are guaranteed. Please always gamble responsibly, only with money that you can afford to lose. Good luck if you do place a bet today.