FC Lorient face off with visiting team Marseille at Stade Yves Allainmat in this Ligue 1 fixture on Sunday.

All FC Lorient v Marseille game predictions, stats and user poll are shown below - plus the latest betting odds.

FC Lorient will play in this game coming off the back of a 0-0 Ligue 1 drawn match vs Marseille.

Going into this contest, FC Lorient have not registered a win against Marseille in their last 7 league matches.

In the course of their 6 previous matches, Jorge Sampaoli's Marseille have turned their attacks into goals 7 times, yielding them a goals per game average of 1.17.

Coming into this clash, Marseille have not lost to FC Lorient when they've played them away from home in the last 6 league matches. Away fans have certainly had plenty to cheer about.

Delving into past results between these clubs stretching back to 12/03/2016 reveals that these fixtures have not been good ones for FC Lorient. They have not managed to come away with any wins at all while Marseille have simply been better than them, running out winners in 83 per cent of those matches.

A sum of 20 goals were shared by the two clubs throughout the course of those matches, with 5 of them for Les Merlus and 15 coming from Les Olympiens. That is an average goals per game value of 3.33.

FC Lorient had 15 attempts on goal with 7 of them on target. Armand Laurienté (13') was the scorer.

The FC Lorient boss Christophe Pélissier will be grateful to have no fitness concerns at all ahead of this game with a fully injury-free squad ready to go.

Our feeling is that FC Lorient may find it difficult to find the net against this Marseille lineup who we think will manage to score & go ahead.

Our tip is therefore for a very even match with a 0-1 victory for Marseille when the full-time whistle blows. 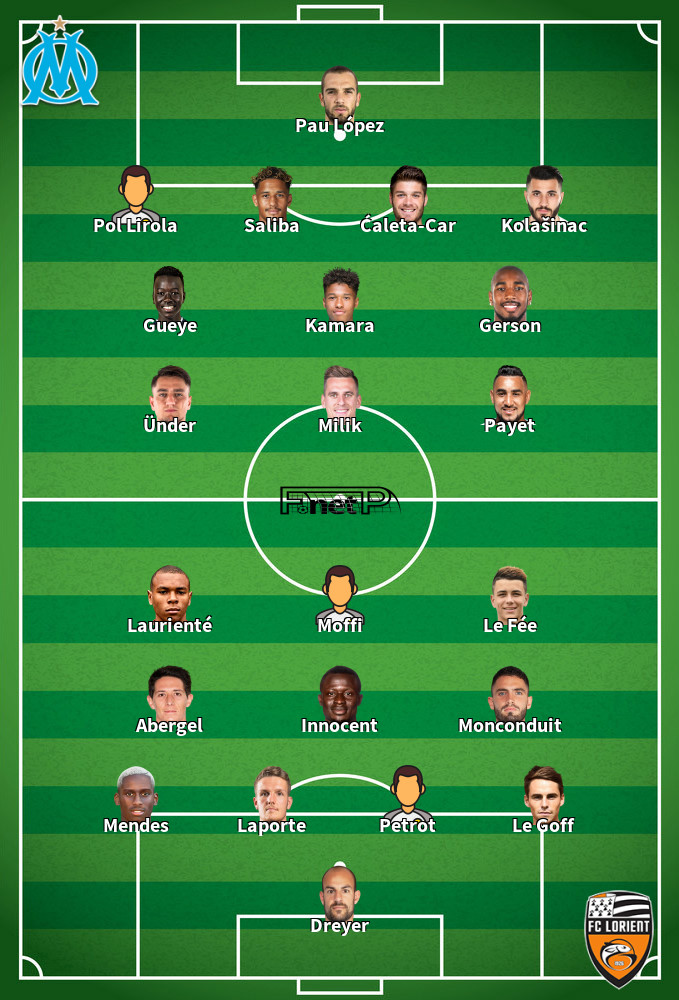 Customarily played in the Striker position, Terem Moffi was born in Nigeria. Having played his first senior match for Riteriai in the 2019 season, the dangerous Forward has bagged 8 league goals in the Ligue 1 2021 - 2022 season so far coming from a total of 34 appearances.

While we have made these predictions for FC Lorient v Marseille for this match preview with the best of intentions, no profits are guaranteed. Always gamble responsibly, and with what you can afford to lose. We wish you the best of luck.