Scroll down to see all of the predictions, poll and statistics for Lyon v FC Lorient including the latest game odds.

Lyon, following on from their previous result, will be hoping for more of the same after a 2-3 Ligue 1 triumph vs Monaco.

It’s been all too rare in recent times that Lyon have managed to hold out for a full 90 minutes. In fact, Lyon have seen their defence breached in 5 of their previous 6 matches, giving up 10 goals along the way.

Ahead of this clash, Lyon have not emerged victorious against FC Lorient in their previous 3 league matches.

FC Lorient will go into this encounter following on from a 2-0 Ligue 1 win with the defeat of Angers SCO in their previous outing.

Demonstrating their partiality to productive matches, the back of the net has been hit 20 times in the prior six games in which FC Lorient have taken to the pitch, making it a mean average of 3.33 goals for each meeting. Their opponents have hit 9 of those goals. That kind of pattern won’t necessarily be continued into this game, however.

Checking on their past head to head clashes going back to 15/02/2015 shows that Lyon have won 1 of them and FC Lorient 2, with the number of drawn games standing at 3.

A total of 14 goals were produced between them in this period, with 6 of them for Lyon and 8 netted by Les Merlus. The average number of goals per game works out to 2.33.

That day, FC Lorient managed 31% possession and 4 attempts at goal with 2 of them on target. The scorer was Yoane Wissa (63').

Lyon boss Rudi Garcia doesn’t have any fitness concerns to speak of coming into this game thanks to a fully healthy squad available for selection. Players who are serving a ban and are therefore ineligible to play are Marcelo, Mattia De Sciglio and Maxence Caqueret.

Out of a mainly available group, there is just the lone fitness issue for the FC Lorient gaffer Christophe Pélissier to contend with. Quentin Boisgard (Muscle Injury) misses out for this game.

Looking at these two teams, we feel that FC Lorient have the firepower to breach the defence of this Lyon lineup, although it realistically won’t be as many as the goals that they could concede.

Our selection here is for a very close game with a 2-1 advantage for Lyon by the conclusion of the game. There looks to be little in this one. 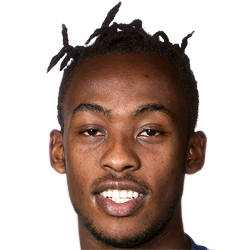 Customarily played in the Striker position, Tino Kadewere was born in Harare, Zimbabwe. After having played his first senior match for Djurgårdens IF in the 2015 season, the goalscoring Forward has bagged 10 league goals in this Ligue 1 2020 - 2021 season so far from a total of 32 appearances.

While we have made these predictions for Lyon v FC Lorient for this match preview with the best of intentions, no profits are guaranteed. Always gamble responsibly, and with what you can afford to lose.