FC Lorient arrive at Stade Bollaert-Delelis on Sunday for the Ligue 1 tie with home side RC Lens.

RC Lens prepare for this fixture coming off the back of a 1-1 Ligue 1 tied result versus Lyon.

Three or more goals per match have been seen in 5 of the last 6 fixtures where RC Lens have taken part. Opposing sides scored 11 of them in this period while Les Artésiens amassed a tally of 12. It will be interesting to see if that trend will end up being sustained in this game.

Looking at their past form shows that RC Lens:

FC Lorient will go into the game after a 1-0 Ligue 1 win to beat Brest in their most recent match.

In 5 of the previous 6 games featuring FC Lorient, a comparatively low number of goals have been scored between them and opposing teams. The overall average goals scored per game during that spell works out to a meagre 1.83, with the average goals for Les Merlus being 1.

A look at their previous results shows us that FC Lorient:

Looking at the statistics for their head to head duels dating back to 09/09/2017, there has been little between the sides with RC Lens winning 2 of those games, FC Lorient 2 and 2 being draws in regulation time.

A total of 18 goals were produced between them in this period, with 9 of them from Les Artésiens and 9 belonging to Les Merlus. The average number of goals per game works out to 3.

The previous league game between the two was Ligue 1 match day 3 on 13/09/2020 which finished with the scoreline of FC Lorient 2-3 RC Lens.

Owing to an otherwise available group of players, there is only the one fitness problem for the FC Lorient boss Christophe Pélissier to contend with. Quentin Boisgard (Muscle Injury) won’t be in action.

We’re inclined to think that FC Lorient could find themselves up against it to score goals against this RC Lens outfit who should be able to get on the scoresheet themselves in a winning performance.

We therefore think that it’s going to be a very competitive game with a 1-0 win for RC Lens at the end of the 90. 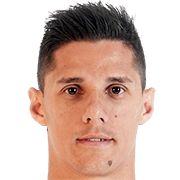 Usually played in the Right Wing position, Florian Sotoca was born in Narbonne, France. Having made a first senior appearance for Montpellier in the 2015 - 2016 season, the skilful Forward has scored 8 league goals in the Ligue 1 2020 - 2021 season to date from a total of 30 appearances.

While we have made these predictions for RC Lens v FC Lorient for this match preview with the best of intentions, no profits are guaranteed. Always gamble responsibly, and with what you can afford to lose. Good luck!