Return to this page a few days before the scheduled game when this expired prediction will be updated with our full preview and tips for the next match between these teams.
Full-Time Result Prediction
👉
FC Lorient to Win

Brest will be visiting Stade Yves Allainmat on Sunday for the Ligue 1 meeting with hosts FC Lorient.

FC Lorient enter this game coming off the back of a 1-1 Ligue 1 draw vs Nantes.

In that match, FC Lorient managed 64% possession and 15 attempts on goal with 3 on target. The scorer for FC Lorient was Armand Laurienté (87'). FC Nantes had 8 shots at goal with 3 of them on target. Randal Kolo Muani (2') scored for Nantes.

Under three goals per match were recorded in 5 of the past 6 meetings where FC Lorient have taken part. With regard to the goal weighting from this period, their opponents scored a total of 6 and Les Merlus totted up 5. Previous results aside, it remains to be seen whether the trend shall be maintained in this upcoming match or not.

Looking at their past form shows that FC Lorient:

In their previous fixture, Brest drew 0-0 in the Ligue 1 match with Angers SCO.

The stats tell the story, and Brest have been scored against in 5 of their last 6 games, with opponents netting 12 goals overall. Defensively, Les Ty' Zefs have seen their frailties exposed.

Ahead of this meeting, Brest have not won away from home in their last 9 league games. Very poor, indeed.

An examination of their most recent head-to-head meetings dating back to 18/11/2017 tells us that FC Lorient have won 2 of them & Brest 3, with the tally of draws standing at 1.

At the other end, FC Lorient had 9 attempts on goal with 4 of them on target. Thomas Monconduit (92') scored.

FC Lorient manager Christophe Pélissier does not have any fitness worries to speak of coming into this match owing to a fully injury-free group available for selection.

Thanks to a largely healthy group of players, there’s only a single fitness problem for the Brest boss Olivier Dall’Oglio to be concerned with. Christophe Hérelle (Knee Injury) won’t be in action.

We believe that Brest will have to play well to score against this FC Lorient team who will likely score at least once to put them ahead.

That’s why our selection here is for a very even contest with a 1-0 advantage for FC Lorient when all is said and done. 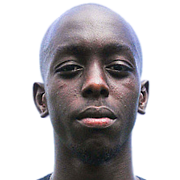 Normally playing in the Striker position, Yoane Wissa was born in France. After making a first senior appearance for Angers SCO in the 2016 - 2017 season, the dangerous Forward has scored 7 league goals in this Ligue 1 2020 - 2021 season to date in 30 appearances.

While we have made these predictions for FC Lorient v Brest for this match preview with the best of intentions, no profits are guaranteed. Always gamble responsibly, and with what you can afford to lose. Good luck!