Rennes are the guests at Stade Yves Allainmat on Sunday for the Ligue 1 tie with home team FC Lorient.

All FC Lorient v Rennes match predictions, user poll and stats are shown below - along with the latest match odds.

FC Lorient will be hoping to return to winning ways here following the 1-0 Ligue 1 defeat last time out to Angers SCO.

In that game, FC Lorient had 46% possession and 10 attempts at goal with 3 on target. For their opponents, Angers SCO had 8 shots on goal with 4 on target. Thomas Mangani (68') was the scorer for Angers SCO.

It’s been seldom in recent games that FC Lorient have managed to hold out for a full 90 minutes. It will be a concern for them that FC Lorient have failed to prevent opponents from scoring in 6 of their previous 6 matches, shipping 13 goals along the way. Such a trend might not be continued into this game, of course.

In their last fixture, Rennes drew 3-3 in the Conference League match with Vitesse.

In their last half-dozen outings, Rennes have helped themselves to the sum of 13 goals. Rennes have additionally got on the scoresheet in every single one of those games. In that time, they have had 6 goals go against them.

Ahead of this clash, Rennes are undefeated in their last 3 away league matches.

An examination of their most recent head-to-head meetings stretching back to 24/10/2015 shows us that FC Lorient have won 1 of these and Rennes 2, with the tally of drawn matches standing at 3.

In all, 15 goals were produced between them throughout the course of those matches, with 6 of them for Les Merlus and 9 being from Rennes. That is an average goals per game value of 2.5.

The last league match featuring these sides was Ligue 1 match day 23 on 03/02/2021 which finished with the scoreline of Rennes 1-1 FC Lorient.

In that match, Rennes had 59% possession and 10 attempts at goal with 6 on target. Their only player to score was Martin Terrier (14').

At the other end, FC Lorient had 12 shots at goal with 3 of them on target. Quentin Boisgard (83') was the scorer.

The FC Lorient manager Christophe Pélissier will be happy not to have any fitness worries at all before this game owing to a fully healthy squad to choose from.

Due to a fully healthy group ready to go, the Rennes boss Bruno Génésio does not have any fitness worries whatsoever coming into this game.

We feel that over the course of the game, FC Lorient will have a tough ask to get anything against this Rennes side who we think should manage to score & go ahead.

That’s why our selection here is for a narrow 0-1 winning margin for Rennes at the conclusion of the game. 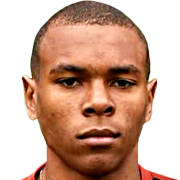 Normally used in the Striker position, Armand Laurienté was born in Gonesse, France. After making a first senior appearance for Orléans in the 2018 - 2019 season, the accomplished Forward has managed 4 league goals in this Ligue 1 2021 - 2022 campaign to date from a total of 11 appearances.

While we have made these predictions for FC Lorient v Rennes for this match preview with the best of intentions, no profits are guaranteed. Always gamble responsibly, and with what you can afford to lose. We wish you the best of luck.