FC Sion come up against away team FC Luzern at Stade de Tourbillon in this Super League game on Wednesday.

Our full set of predictions, statistics and match poll for FC Sion v FC Luzern can be seen below - along with the latest match odds.

FC Sion will be hoping for a repeat of their last result, following the 0-1 Super League victory vs Grasshopper Club Zürich.

In that match, FC Sion had 46% possession and 12 attempts at goal with 3 of them on target. The only player on the scoresheet for FC Sion was Filip Stojilković (70'). On the other side, Grasshopper Club Zürich had 15 attempts on goal with 3 on target.

Over their prior 6 fixtures, Paolo Tramezzani's FC Sion have seen rewards for their attempts on goal a total of 6 times giving them an average number of goals per match equal to 1.

Going into this contest, FC Sion are without a home win in the past 4 league games. Their fans aren't happy.

FC Luzern come into this match following a 4-0 Super League win to beat Servette FC in their previous game.

In as many as 6 of the previous 6 games involving FC Luzern, a minimum of three goals have been hit. The average goals scored per match within that spell is 3.83, with the number of goals averaged by FC Luzern coming out as 2.33. That sort of trend won’t necessarily be carried forward into this game, however.

Taking a look at their past results, FC Luzern:

A look at their prior head to head clashes going back to 12/12/2020 shows that FC Sion have won 1 of them & FC Luzern 2, with the tally of drawn results standing at 3.

A combined sum of 11 goals were produced between them in this period, with 5 for Sion and 6 created by Die Leuchten. The average goals per game has been 1.83.

On that occasion, FC Luzern had 59% possession and 17 attempts on goal with 4 of them on target. The scorer was Asumah Abubakar (57').

FC Sion got 7 attempts on goal with 3 of them on target.

FC Luzern boss Mario Frick has not got a full squad to pick from. Tsiy William Ndenge (Ill), Pascal Loretz (Shoulder Injury) and Thoma Monney (Ruptured cruciate ligament) will not be playing here. Filip Ugrinic will not be able to play in this game through being suspended.

In our opinion, FC Luzern are certainly able to score against this FC Sion team, however it isn’t expected to be as many as they’ll concede.

We’re going for both teams to score in a 2-1 win for FC Sion when the full-time whistle blows. Let’s wait and see how it plays out. 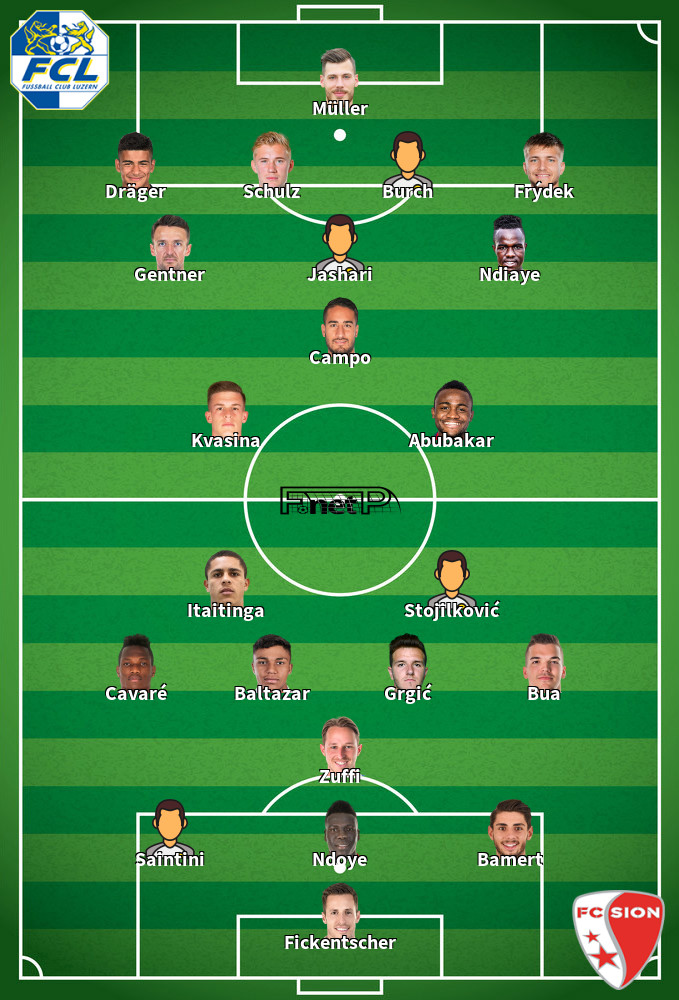 Mostly used in the Striker position, Filip Stojilković was born in Zollikon, Switzerland. Having played his first senior match for FC Wil 1900 in the 2019 - 2020 season, the accomplished Forward has struck 9 league goals in this Super League 2021 - 2022 season so far from a total of 31 appearances.

We have made these FC Sion v FC Luzern predictions for this match preview with the best intentions, but no profits are guaranteed. Please always gamble responsibly, only with money that you can afford to lose. Good luck with your selections.