FC Luzern are the guests at Stadio Di Cornaredo on Sunday for the Super League meeting with home side Lugano.

Lugano will be looking for another win after the 0-2 Super League success vs FC Lausanne-Sport.

In that match, Lugano had 49% possession and 11 shots on goal with 3 on target. For Lugano, goals were scored by Reto Ziegler (81') and Hadj Mahmoud (94'). At the other end, FC Lausanne-Sport got 15 attempts at goal with 5 on target.

Mattia Croci-Torti's Lugano have hit the target 8 times over their prior 6 outings. Conversely, the tally of goals that have been scored against them in that same time is 5.

Taking a look at their past results, Lugano:

Since tasting defeat last time out to FC Sion in Super League competition, FC Luzern will be aiming to make amends here.

In 6 of the past six games involving FC Luzern, a comparatively low number of goals have been hit between them and opposing sides. The overall average goals scored per game during that spell works out to a mere 1.83, with the number of goals averaged by Die Leuchten being 1.17. Nonetheless, we’ll just have to find out whether the trend will continue on in this upcoming game or not.

Inspecting their prior head-to-head meetings stretching back to 19/09/2020 shows us that Lugano have won 3 of them & FC Luzern 2, with the tally of drawn results standing at 1.

A sum of 21 goals were produced between them during those clashes, with 11 of them from Lugano and 10 for Die Leuchten. The average goals per game has been 3.5.

The previous league meeting featuring these sides was Super League match day 8 on 26/09/2021 which finished with the scoreline of FC Luzern 2-3 Lugano.

The Lugano manager Mattia Croci-Torti will be grateful not to have any fitness concerns whatsoever before this clash with a fully healthy squad available to select from.

Owing to a completely injury-free squad available for selection, the FC Luzern boss Fabio Celestini does not have any fitness concerns to report before this game.

We’re of the opinion that FC Luzern will need to put in a solid display to register a score against this Lugano team who should manage to score & go ahead.

We therefore fancy a 1-0 win for Lugano at full-time. 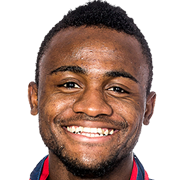 Mostly used in the Striker position, Asumah Abubakar was born in Kumasi, Ghana. Having made his senior debut playing for Willem II in the 2015 - 2016 season, the skilful Forward has contributed 3 league goals in the Super League 2021 - 2022 campaign to date in 12 appearances.

While we have made these predictions for Lugano v FC Luzern for this match preview with the best of intentions, no profits are guaranteed. Always gamble responsibly, and with what you can afford to lose. Best of luck.