Nîmes will be visiting Stade Saint-Symphorien on Sunday for the Ligue 1 fixture with home team Metz.

Our predictions, user poll and statistics for Metz v Nîmes can be found here - plus the latest match odds.

Metz will be looking for a repeat result of the 1-5 Ligue 1 victory against Dijon.

Over their prior six fixtures, Frédéric Antonetti's FC Metz have managed to score 6 times, an average number of goals scored per match equal to 1.

In the game prior to this, Nîmes drew 2-2 in the Ligue 1 match with Reims.

The stats tell the story, and Nîmes have been scored against in 6 of their last 6 matches, letting opponents get 9 goals in all. Defensively, Les Crocodiles could really do with shoring things up.

Coming into this meeting, Nîmes have not won away from home in their last 2 league games.

Checking out their prior head to head meetings dating back to 14/02/2014, it’s been all-even between these two clubs with Metz winning 2 of those games, Nîmes 2 and 2 being draws after 90 minutes of play.

A combined sum of 12 goals were scored between the two sides throughout the course of those matches, with 6 of them from Les Grenats and 6 for Les Crocodiles. The average number of goals per game works out to 2.

On that occasion, Nîmes had 66% possession and 16 shots on goal with 2 on target.

At the other end, FC Metz got 8 attempts at goal with 5 of them on target. Lamine Gueye (15') scored.

We’re of the view that Nîmes and Metz could both find goals hard to come by here.

We’ll have to see, but a draw might be on the cards. We’re therefore tipping a tight encounter with a 0-0 scoreline by the conclusion of this game. 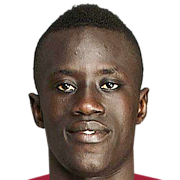 Customarily deployed in the Striker position, Ibrahima Niane was born in M'Bour, Senegal. Having made a first senior appearance for FC Metz in the 2017 - 2018 season, the dangerous Forward has hit 6 league goals in this Ligue 1 2020 - 2021 campaign so far in a total of 8 appearances.

We have made these Metz v Nîmes predictions for this match preview with the best intentions, but no profits are guaranteed. Please always gamble responsibly, only with money that you can afford to lose. We wish you the best of luck.