Our full set of predictions, statistics and match poll for Nice v FC Metz can be seen below - plus the latest betting odds.

Nice will be looking for a repeat result of the 1-2 Ligue 1 victory versus Clermont Foot.

In that match, Nice managed 49% possession and 9 shots at goal with 4 on target. The only player on the scoresheet for Nice was Amine Gouiri (76', 82'). At the other end, Clermont Foot had 18 attempts on goal with 6 of them on target. Florent Ogier (17') was the scorer for Clermont Foot.

It has been all too rare in recent games that Nice have managed to hold out for a full 90 minutes. In fact, Nice have been scored against in 6 of their previous 6 clashes, letting in 7 goals along the way. We will see whether or not that trend will be sustained in this game.

Taking a look at their past results, Nice:

In their previous fixture, Metz drew 3-3 in the Ligue 1 match with Girondins de Bordeaux.

Illustrating their appetite for eventful matches, we’ve had goals 21 times in the last six games in which FC Metz have taken to the field, making it a mean average of 3.5 goals each fixture. Opposition teams have hit 14 of this grand total.

Heading into this fixture, FC Metz are without an away win for the past 3 league games.

If we look at their past head to head duels stretching back to 15/01/2017, both clubs have shared the honours with Nice winning 2 of those games, Metz 2 and 2 being drawn in normal time.

A total of 17 goals were shared by the two clubs during those clashes, with 10 for Les Aiglons and 7 belonging to Les Grenats. That is an average goals per game value of 2.83.

That day, Nice managed 65% possession and 12 shots on goal with 3 of them on target. Their only player to score was Amine Gouiri (61').

The Nice boss Christophe Galtier has no fitness worries at all coming into this clash thanks to a completely injury-free squad available to select from.

Due to a fully healthy group to choose from, the Metz manager Frédéric Antonetti has no fitness concerns at all coming into this match.

When taking all factors into account, Nice look set to fashion enough chances to find the net more than once while possibly not conceding when they face FC Metz, who might well find it difficult to break down their defence.

Accordingly, we see a fairly comfortable 2-0 victory for Nice at the end of the match. 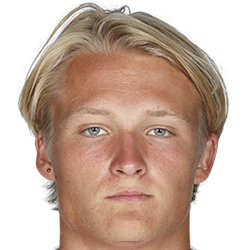 Usually playing in the Striker position, Kasper Dolberg was born in Silkeborg, Denmark. After making a first senior appearance for Silkeborg IF in the 2014 - 2015 season, the goalscoring Forward has managed 3 league goals in this Ligue 1 2021 - 2022 campaign to date in 9 appearances.

We have made these Nice v FC Metz predictions for this match preview with the best intentions, but no profits are guaranteed. Please always gamble responsibly, only with money that you can afford to lose. Best of luck.