The Ligue 1 match at Parc des Princes on Wednesday will see home side PSG take to the field against Metz.

For all of our match predictions, pre-game poll and statistics for PSG v Metz, scroll down (including the best match odds).

PSG will be wanting a better result here after the 0-1 Ligue 1 loss in their previous game against Marseille.

Their latest results highlight the fact that huge efforts have been put in by the Paris Saint-Germain backline. Les Rouge-et-Bleu have been stingy, seeing the total number of goals that have gone in at their end over the course of their previous 6 outings standing at 4. Let’s see if that trend can be continued on into this next match.

Ahead of this meeting, PSG are unbeaten in the league by FC Metz in their last 9 matches. Quite a long unbeaten run against them.

Since tasting defeat last time out to Lille in Ligue 1 action, Metz and their travelling fans will hope for a better result here.

In that match, FC Metz managed 39% possession and 5 attempts on goal with 1 on target. LOSC Lille Métropole had 17 shots at goal with 7 of them on target. Luiz Araújo (88') was the scorer for Lille.

The forward players for Metz have suffered from a lack of goals over their last 6 encounters, contributing the disappointing return of only 3. In those fixtures, Les Grenats have also seen the collective goal aggregate of their opponents equal 5.

A quick look at their past head to head meetings going back to 28/04/2015 shows that these encounters have not been good ones for Metz. They’ve not been able to get themselves any victories whatsoever whereas PSG have managed to find a way, finishing as winners in 100 per cent of those matches played.

The previous league encounter between the two was Ligue 1 match day 4 on 30/08/2019 when it ended FC Metz 0-2 Paris Saint-Germain.

In that match, FC Metz had 31% possession and 7 shots on goal with 2 on target.

The match was refereed by Frank Schneider.

Regarding absentees, there’s just the lone fitness concern for the PSG manager Thomas Tuchel to contend with from an otherwise complete group of players. Kylian Mbappé (Corona virus) is sidelined.

In our view, PSG can and should be able to create a decent number of chances and shots on target.

In contrast, Metz may well struggle to find the back of the net but we do think it’s quite likely that they will be scoring here as well.

We therefore think that it’s going to be a fairly comfortable 3-1 winning score for PSG after 90 minutes.

Both Teams to Score Prediction for PSG vs Metz
Yes 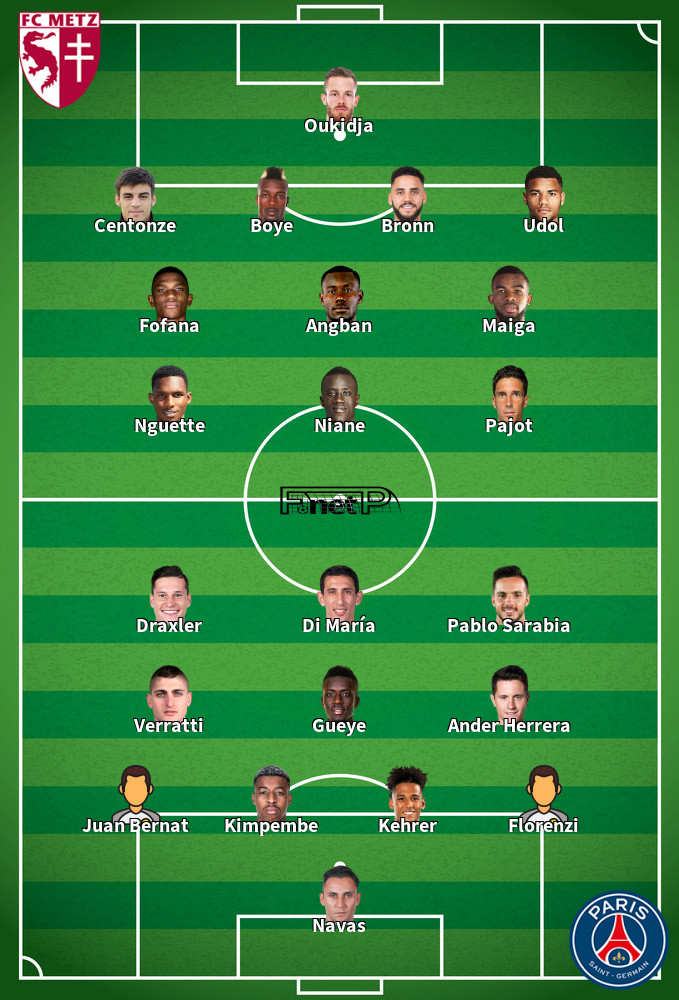 We have made these PSG v Metz predictions for this match preview with the best intentions, but no profits are guaranteed. Please always gamble responsibly, only with money that you can afford to lose. Best of luck with your selections.