Return to this page a few days before the scheduled game when this expired prediction will be updated with our full preview and tips for the next match between these teams.
Full-Time Result Prediction
👉
Reims to Win

Reims will be hosting guests Metz at Stade Auguste-Delaune in the Ligue 1 fixture on Sunday.

Our predictions, user poll and statistics for Reims v FC Metz can be found here (inc. the best betting odds).

Reims will play in this match following on from a 0-0 Ligue 1 tied result vs Clermont Foot.

Fewer than three goals per game were scored during 5 of the last 6 meetings where Reims have taken part. Regarding the goal weighting in this period, opposition teams scored a total of 3 and Reims got themselves 6.

Following on from suffering a loss in their previous game against Strasbourg in Ligue 1 competition, Metz and their travelling supporters will be hoping that they can get a better result in this one.

In that game, FC Metz had 41% possession and 6 shots on goal with 1 of them on target. At the other end, Strasbourg had 19 attempts at goal with 7 on target. Ludovic Ajorque (50') and Jean-Eudès Aholou (91') scored for Strasbourg.

Looking at their form, and Metz have been scored against in 5 of their last 6 games, conceding 11 goals in all. In defence, FC Metz have clearly had some problems. That trend won’t necessarily be carried forward here, of course.

A review of their past head to head meetings stretching back to 22/02/2015 shows us that Reims have won 0 of these and Metz 2, with the number of drawn games being 4.

A sum of 8 goals were shared by the two clubs during those clashes, with 3 for Les rouges et blancs and 5 created by Les Grenats. That’s an average goals per game figure of 1.33.

In that match, FC Metz managed 58% possession and 10 shots on goal with 4 of them on target. Their only player on the scoresheet was Habib Maïga (14').

For their opponents, Reims got 12 shots at goal with 3 on target. Marshall Munetsi (7') was the scorer.

Metz boss Frédéric Antonetti has a number of players out of action. Matthieu Udol (Cruciate Ligament Rupture) and Manuel Cabit (Traffic Accident) will miss out on this game.

When taking everything into account, FC Metz will need to apply a lot of pressure to hit the back of the net against this Reims outfit who we think will likely be able to get on the scoresheet themselves in a winning performance.

We’ve gone for a very even match with a 1-0 victory for Reims at the end of this game. 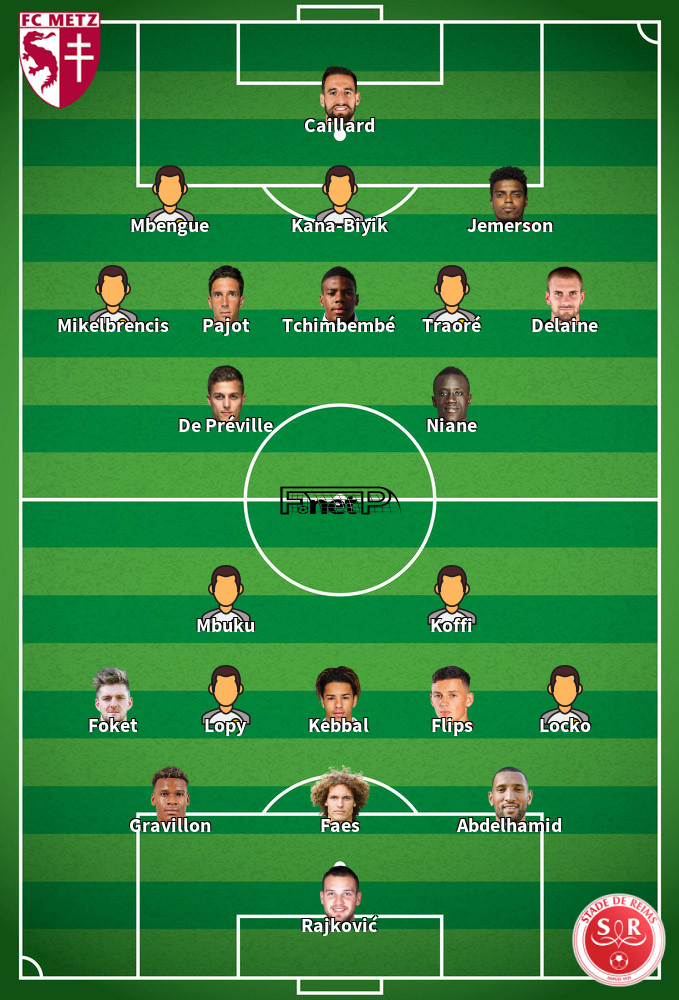 Customarily taking to the field in the Striker position, Hugo Ekitike was born in Reims, France. Having made his senior debut playing for Reims in the 2020 - 2021 season, the talented Forward has netted 8 league goals in the Ligue 1 2021 - 2022 campaign to date from a total of 17 appearances.

While we have made these predictions for Reims v FC Metz for this match preview with the best of intentions, no profits are guaranteed. Always gamble responsibly, and with what you can afford to lose. We wish you the best of luck.