The Superliga match at MCH Arena on Friday will see home side FC Midtjylland facing opposition in the form of FC Nordsjælland.

FC Midtjylland won’t want a repeat of their last result here after the 2-0 Superliga loss in their previous game against Brøndby IF.

In that game, FC Midtjylland had 53% possession and 16 attempts on goal with 4 of them on target. On the other side, Brøndby IF got 9 attempts at goal with 4 on target. Anis Ben Slimane (54') and Mikael Uhre (66') scored for Brøndby IF.

An interesting characteristic of recent FC Midtjylland games is seeing a zero in the scoreline.

From their prior sextet of clashes before this one, in 5 of them a wager on both teams scoring would have been a losing one.

Going into this contest, FC Midtjylland are unbeaten in their last 2 league matches at home.

Following on from a loss in their previous game against Aalborg BK in Superliga action, FC Nordsjælland will be aiming to make amends here.

A run of very capable displays by the FC Nordsjælland defensive unit has resulted in the number of goals they’ve conceded amounting to 4 from their last 6 fixtures overall. During the same period of time, the number of goals that they have scored themselves is 10. It will be interesting to find out whether or not that trend will be sustained into this next match.

Coming into this fixture, FC Nordsjælland have not emerged victorious against FC Midtjylland when having played them away from home in the previous 5 league matches. Not good at all.

Looking at their past head-to-head clashes dating back to 05/07/2020 shows us that FC Midtjylland have won 4 of these and FC Nordsjælland 2, with the number of drawn results being 0.

Loads of goals were seen in those games, too - 27 in total which averages out at 4.5 goals per match.

The previous league encounter between these clubs was Superliga match day 6 on 02/05/2021 when it finished FC Midtjylland 3-0 FC Nordsjælland.

At the other end, FC Nordsjælland had 3 shots on goal with 1 of them on target.

The FC Midtjylland manager Bo Henriksen will be grateful to have no fitness worries at all ahead of this game thanks to a completely injury-free group available to choose from.

Owing to a completely injury-free group to pick from, the FC Nordsjælland boss Flemming Pedersen does not have any fitness concerns whatsoever before this clash.

One thing is for certain, FC Nordsjælland will need to play some great football to be putting goals past a FC Midtjylland lineup who will most probably win pretty easily here.

We’re tipping a very comfortable 3-0 win for FC Midtjylland by the conclusion of the match. 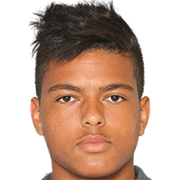 Usually used in the Central Attacking Midfielder position, Evander was born in Rio de Janeiro, Brazil. Having played his first senior match for Vasco da Gama in the 2017 season, the accomplished Midfielder has scored 2 league goals in this Superliga 2021 - 2022 campaign so far in 7 appearances.

We have made these FC Midtjylland v FC Nordsjælland predictions for this match preview with the best intentions, but no profits are guaranteed. Please always gamble responsibly, only with money that you can afford to lose. Best of luck.