Silkeborg IF will take to the pitch with visiting club FC Midtjylland at JYSK Park in this Superliga tie on Monday.

Our full set of predictions, statistics and match poll for Silkeborg IF v FC Midtjylland can be seen below - plus the latest match odds.

Silkeborg IF will be looking to improve on their last outing here after the 2-1 Superliga loss in their previous game against FC Copenhagen.

Matches involving Silkeborg IF have proved to be entertaining ones recently with plenty of scoring the rule rather than the exception. Over their past half dozen clashes alone, the sum of 20 goals have flown in for both teams combined (at an average of 3.33 goals per game) with 13 of those being chalked up by Silkeborg IF.

Leading up to this clash, Silkeborg IF:

In their last game, FC Midtjylland drew 2-2 in the Superliga tie with Brøndby IF.

In that match, FC Midtjylland managed 58% possession and 19 shots at goal with 9 on target. For FC Midtjylland, goals were scored by Evander (79') and Anders Dreyer (82'). At the other end, Brøndby IF had 9 shots on goal with 5 on target. Christian Cappis (14') and Andreas Bruus (95') scored for Brøndby IF.

Throughout their 6 previous matches, Bo Henriksen's FC Midtjylland have seen their goal attempts be successful 11 times therefore giving them the goals per game average of 1.83.

A study of their past head to head meetings stretching back to 05/03/2018 tells us that these encounters have ended in disappointment for Silkeborg IF. They’ve not been able to get any victories whatsoever whereas FC Midtjylland have managed to find a way, getting wins in 100% of those games played.

An aggregate of 18 goals were scored between the two sides during those clashes, with 5 of them from De røde and 13 being from Ulvene. This gives an average number of goals per game equal to 3.

The previous league match featuring these clubs was Superliga match day 1 on 04/04/2022 and the score finished FC Midtjylland 3-2 Silkeborg IF.

The referee was Jonas Hansen.

FC Midtjylland manager Bo Henriksen has to contend with a number of unavailable players. Júnior Brumado (Knee Injury) and Elías Rafn Ólafsson (Fractured Arm) will miss out on this game.

In our opinion, FC Midtjylland and Silkeborg IF could find scoring goals difficult here.

We’ll see, but this could easily end up all-square. We therefore see a very even match with a 0-0 score at full-time. 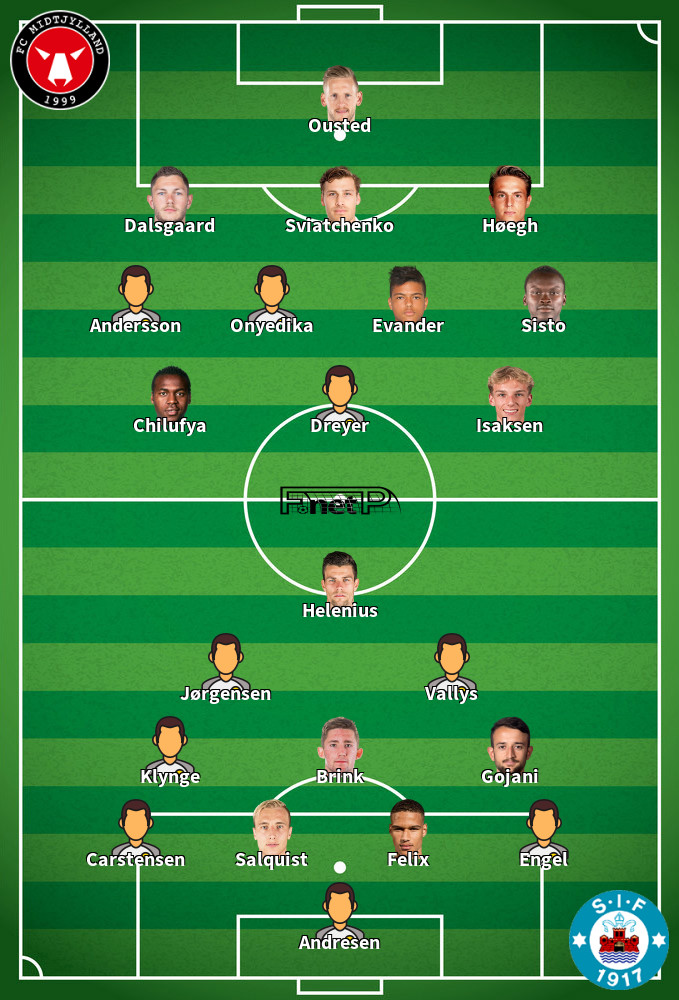 Generally played in the Central Attacking Midfielder position, Nicolai Vallys was born in Denmark. Having made his senior debut playing for FC Roskilde in the 2018 - 2019 season, the talented Midfielder has accumulated 10 league goals in the Superliga 2021 - 2022 season so far from a total of 30 appearances.

While we have made these predictions for Silkeborg IF v FC Midtjylland for this match preview with the best of intentions, no profits are guaranteed. Always gamble responsibly, and with what you can afford to lose.