Return to this page a few days before the scheduled game when this expired prediction will be updated with our full preview and tips for the next match between these teams.
Full-Time Result Prediction for Marseille vs Nantes
Marseille to Win
The Ligue 1 match at Orange Vélodrome on Saturday will see hosts Marseille welcome opponents Nantes.

Looking at these two teams, we feel that Marseille have it within them to get a lot of shots on goal and make them count. At the other end, Nantes may well struggle finding the net themselves although we do think it’s probable that they will be being dangerous for periods. We can therefore see a controlled 3-1 margin for Marseille at the conclusion of the game. Full predictions, stats & game poll for the Marseille v Nantes match are shown here - as well as the best betting odds.

Their past results show that FC Nantes:

Looking at the pre-match facts, Marseille: 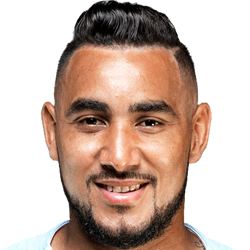 Usually playing in the Left Wing position, Dimitri Payet was born in Saint-Pierre, Réunion. After having made a senior debut playing for FC Nantes in the 2005 - 2006 season, the accomplished Forward has hit 8 league goals in the Ligue 1 2019 - 2020 season so far coming from a total of 19 appearances.

We have made these Marseille v Nantes predictions for this match preview with the best intentions, but no profits are guaranteed. Please always gamble responsibly, only with money that you can afford to lose.