FC Nordsjælland play host to visitors Vejle BK at Right To Dream Park in this Superliga match on Sunday.

Our tips, poll and stats for FC Nordsjælland v Vejle BK can all be found here - plus the latest match odds.

FC Nordsjælland fans will want a repeat of their previous result, being a 2-1 Superliga success versus Vejle BK.

Their more recent scorelines really do illustrate the point that it has been a great time for the FC Nordsjælland defence. FC Nordsjælland have been miserly, seeing the total number of goals that have gone in at their end during their last 6 games standing at 3.

Leading up to this clash, FC Nordsjælland:

Ivan Prelec's Vejle BK have converted a total of 5 times in the course of their most recent 6 matches. The aggregate of goals that they have conceded during those same matches adds up to 9.

Going into this contest, Vejle BK are undefeated in their previous 2 league matches away from home.

Checking on their past head to head clashes going back to 23/02/2019 shows us that FC Nordsjælland have won 2 of these & Vejle BK 1, with the tally of drawn games being 3.

A combined sum of 16 goals were shared by the two clubs in this period, with 9 from Tigrene and 7 being from De Røde. The average number of goals per game works out to 2.67.

The previous league fixture featuring these clubs was Superliga match day 4 on 18/04/2022 when it ended Vejle BK 0-0 FC Nordsjælland.

In that match, Vejle BK had 75% possession and 22 shots at goal with 7 on target.

For their opponents, FC Nordsjælland got 4 shots at goal with 2 on target.

The FC Nordsjælland boss Flemming Pedersen will be grateful not to have any fitness worries whatsoever before this match owing to a completely healthy group available to select from.

Thanks to a completely healthy squad to choose from, the Vejle BK manager Ivan Prelec has no fitness concerns to report ahead of this clash.

We’re of the view that Vejle BK should be able to get a goal against this FC Nordsjælland outfit, however that might not be as many as they will have scored against them.

We think that it’s going to be a narrow 2-1 win for FC Nordsjælland when the full-time whistle blows. Definitely a tough call. 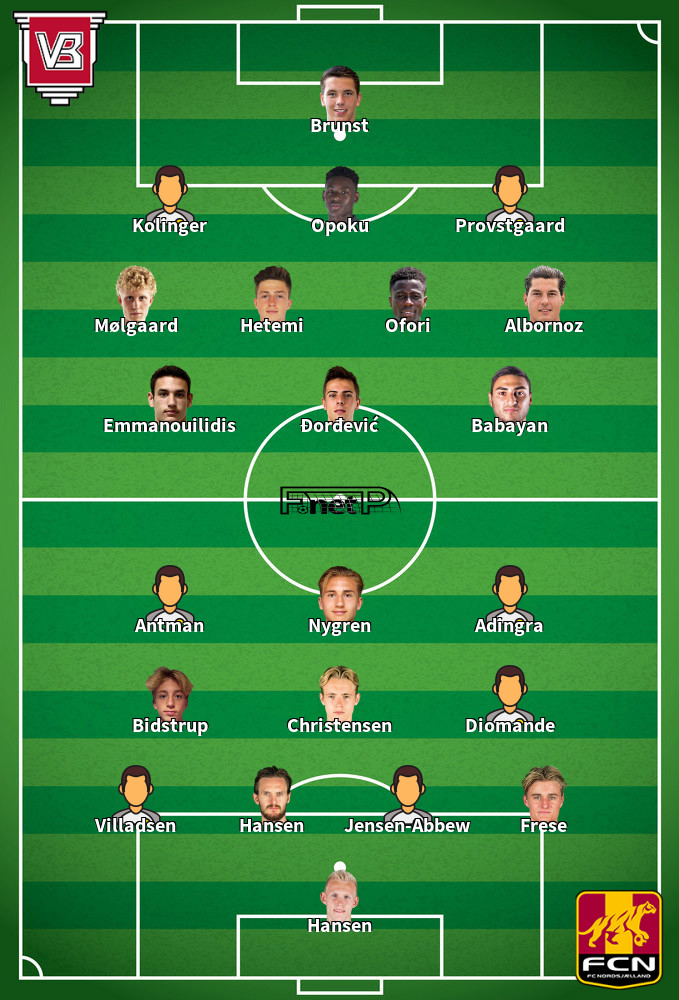 Typically used in the Left Wing position, Simon Adingra was born in Ivory Coast. After having made a senior debut playing for FC Nordsjælland in the 2020 - 2021 season, the talented Forward has scored 8 league goals in the Superliga 2021 - 2022 season to date from a total of 29 appearances.

While we have made these predictions for FC Nordsjælland v Vejle BK for this match preview with the best of intentions, no profits are guaranteed. Always gamble responsibly, and with what you can afford to lose. Good luck with your selections.