FC Oss will arrive at Sportpark De Toekomst on Friday for the Eerste Divisie game with home side Jong Ajax.

Full predictions, pre-match stats and user poll for Jong Ajax v FC Oss are shown on this page - plus the latest match odds.

Jong Ajax haven’t been able to stop scoring goals, finding the back of the net in each and every one of their last 6 games.

They’ve hit an aggregate of 10 during that period while also conceding a total of 11. It will be interesting to see if that trend will be sustained in this game.

Coming into this fixture, Jong Ajax have not been beaten in their last 2 home league matches.

FC Oss will go into the match following a 2-0 Eerste Divisie win against FC Volendam in their most recent fixture.

Throughout their six previous matches, Klaas Wels's FC Oss have managed to stick the ball in the net 7 times - earning them the goals scored per game average of 1.17.

Ahead of this clash, FC Oss are without a win away from home in their last 2 matches in the league.

If we look at their past head to head meetings going back to 19/02/2018, neither club has come out on top overall with Jong Ajax winning 3 of those games, FC Oss 3 and 0 being drawn in regulation time.

12 goals were shared by the two clubs in this period, with 7 of them from Jong Ajax and 5 netted by TOP Oss. This gives an average number of goals per game equal to 2.

The last league encounter featuring these sides was Eerste Divisie match day 18 on 05/01/2021 when it ended FC Oss 1-0 Jong Ajax.

Jong Ajax boss Mitchell van der Gaag doesn’t have any fitness worries whatsoever ahead of this clash with a fully healthy group available for selection.

TOP Oss boss Klaas Wels has to choose from a squad that has some fitness concerns. Dean Guezen (Knock), Giovanni Büttner (Knock), Grad Damen (Knock) and Sjoerd Overgoor (Cruciate Ligament Injury) will not be playing here.

Looking at these two teams, we feel that FC Oss must be fancied to score a goal against this Jong Ajax lineup, but that may not be as many as they’ll concede.

We reckon that it will be a 2-1 advantage for Jong Ajax after the 90. 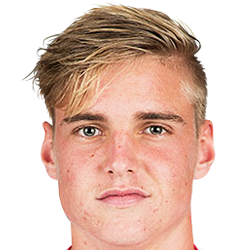 Normally playing in the Centre Midfield position, Kenneth Taylor was born in Alkmaar, Netherlands. After having made a senior debut playing for Jong Ajax in the 2018 - 2019 season, the accomplished Midfielder has scored a sum of 6 league goals in the Eerste Divisie 2020 - 2021 campaign so far in 24 appearances.

While we have made these predictions for Jong Ajax v FC Oss for this match preview with the best of intentions, no profits are guaranteed. Always gamble responsibly, and with what you can afford to lose. Best of luck.