The FC Oss v Jong AZ live stream video is ready to be broadcast on 23/01/2022. Soccer fans can watch this match on a live streaming service should the game be included in the schedule referenced above. Here we show useful information for watching this Eerste Divisie game that includes the most recent team form, head to head clashes and our game views.

To watch the game via alternative methods, check television listings in your local region. These broadcasting contracts are generally granted on a per-competition/league or even single match basis. For fixtures shown live on regional tv programmes, check the listings on the likes of BT Sport, Amazon Prime Video, Sky Sports, Now TV, iTV, Canal+, Fox Soccer, ESPN relevant to your location.

When the abovementioned broadcaster indicates that they have the FC Oss v Jong AZ football live streaming coverage, you can see the game on your mobile (iPhone, Android including Motorola) and PC or tablet (eg iPad, Venturer).

After the match finishes, we might also provide a link to match highlights from time to time. We aren’t responsible for the transmission of any match video content linked to from this site. All legal issues must be directed to the hosters/owners of this content.

FC Oss will be taking on visiting side Jong AZ at Frans Heesenstadion in this Eerste Divisie clash on Monday.

Our FC Oss v Jong AZ tips, poll and stats can be seen in full below - as well as up-to-date odds.

FC Oss, buoyed by their previous result, will be hoping for more of the same after a 1-3 Eerste Divisie triumph vs Helmond Sport.

FC Oss have not been the best at stopping their opponents recently, but they’ve also found ways to hit the back of the net themselves. Over their last 6 matches, FC Oss have seen their goal breached in 6 of them as well as scoring in 5 of those games.

Jong AZ will go into the match after a 2-0 Eerste Divisie win in the defeat of VVV-Venlo in their previous outing.

The stats don’t lie, and Jong AZ have been scored against in 5 of their last 6 games, seeing opposing sides hit 11 goals overall. At the back, Jong AZ just haven’t been too solid at all. Historical results aside, we’ll just have to find out if that pattern will be sustained in this upcoming match or not.

Ahead of this meeting, Jong AZ have not won away from home in their last 7 league games.

If we look at their past head to head duels going back to 29/03/2019, it’s been all-even between these two clubs with FC Oss winning 3 of those games, Jong AZ 3 and 0 being drawn after 90 minutes of play.

An aggregate of 16 goals were yielded between them in this period, with 10 of them from TOP Oss and 6 created by Jong AZ. That’s an average goals per game figure of 2.67.

The previous league fixture between these clubs was Eerste Divisie match day 3 on 23/08/2021 which ended up with the score at Jong AZ 1-0 FC Oss.

On that occasion, Jong AZ managed 56% possession and 12 attempts on goal with 2 on target. Their only player to score was Iman Griffith (91').

The FC Oss boss Bob Peeters will be grateful to have no fitness concerns whatsoever ahead of this clash owing to a completely healthy squad to pick from.

Thanks to a completely injury-free group available to choose from, the Jong AZ boss Maarten Martens does not have any fitness worries to report ahead of this game.

Our assessment here is that Jong AZ will need to push hard to break down this FC Oss outfit who we think will likely get the win and a maybe even keep a clean sheet as well.

We’re therefore anticipating a 1-0 win for FC Oss when all is said and done. 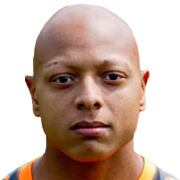 Usually playing in the Striker position, Kay Tejan was born in Netherlands. Having played his first senior match for FC Volendam in the 2017 - 2018 season, the gifted Forward has bagged 6 league goals in this Eerste Divisie 2021 - 2022 season to date coming from a total of 20 appearances.

We have made these FC Oss v Jong AZ predictions for this match preview with the best intentions, but no profits are guaranteed. Please always gamble responsibly, only with money that you can afford to lose. Best of luck.

⚽️ Where can I get the tips for other Eerste Divisie games?

You can see all of the upcoming (and previous) Eerste Divisie predictions & previews here.