Return to this page a few days before the scheduled game when this expired prediction will be updated with our full preview and tips for the next match between these teams.
Full-Time Result Prediction
👉
FC Oss to Win

All of our predictions, stats and the user poll for FC Oss v Jong Utrecht are shown below - plus the latest match odds.

FC Oss enter this match coming off the back of a 2-2 Eerste Divisie stalemate versus MVV.

Their most recent results shine a light on the fact that not much more can be done by the FC Oss rearguard. TOP Oss have been stingy, resulting in the number of goals that have gone in at their end during their last six matches standing at 4.

After a loss in their previous game against Go Ahead Eagles in Eerste Divisie competition, Jong Utrecht and their fans will hope to get a better result this time.

The stats don’t lie, and Jong Utrecht have been scored against in 6 of their last 6 matches, letting opponents get 12 goals in all. In defence, Jong Utrecht seem to have a bit of a soft underbelly. We will just have to find out whether or not that trend will be continued on in this game.

Looking at their prior head-to-head meetings stretching back to 19/01/2018 tells us that FC Oss have won 5 of these & Jong Utrecht 1, with the tally of drawn results standing at 0.

A combined sum of 15 goals were produced between them in this period, with 10 for TOP Oss and 5 netted by Jong Utrecht. That’s an average goals per game figure of 2.5.

The last league game featuring the two was Eerste Divisie match day 9 on 14/12/2020 when it finished Jong Utrecht 0-1 FC Oss.

The match was refereed by Jesse Rozendal.

Owing to a completely injury-free group to choose from, Jong Utrecht manager Ab Plugboer does not have any fitness concerns whatsoever coming into this match.

We’re thinking that Jong Utrecht certainly have the ability to break down this FC Oss outfit, although that may not be as many as the goals that they could concede.

Our selection here is for a 2-1 victory for FC Oss at the end of the match. It really should be an interesting one. 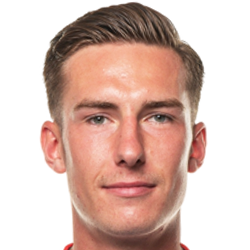 Typically taking to the field in the Striker position, Dennis van der Heijden was born in Netherlands. Having made his senior debut playing for ADO Den Haag in the 2015 - 2016 season, the talented Forward has managed to score 7 league goals in this Eerste Divisie 2020 - 2021 campaign to date from a total of 33 appearances.

While we have made these predictions for FC Oss v Jong Utrecht for this match preview with the best of intentions, no profits are guaranteed. Always gamble responsibly, and with what you can afford to lose. Good luck if you do place a bet today.