Return to this page a few days before the scheduled game when this expired prediction will be updated with our full preview and tips for the next match between these teams.
Full-Time Result Prediction for Porto vs Benfica
Draw
Benfica visit Estádio do Dragão on Saturday for the Primeira Liga game with home team Porto.

When taking all factors into account, Benfica and Porto could well cancel each other out, with goals at a real premium. A scoreless draw looks like a real possibility, but we’ll see what happens. We’re therefore predicting a tight encounter, finishing with a 0-0 draw at the end of this game. Our tips, poll and stats for Porto v Benfica can all be found here (plus the best game odds).

Going into this game, the form guide shows that Benfica: 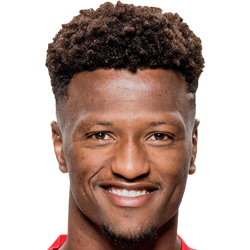 Regularly used in the Striker position, Zé Luís was born in Nossa Senhora da Conceição, Cape Verde. Having made his senior debut playing for Gil Vicente in the 2011 - 2012 season, the gifted Forward has scored 7 league goals in the Primeira Liga 2019 - 2020 season to date in 13 appearances.

We have made these Porto v Benfica predictions for this match preview with the best intentions, but no profits are guaranteed. Please always gamble responsibly, only with money that you can afford to lose. Good luck!