Manchester City will come up against Porto in Wednesday’s Champions League fixture.

All Manchester City v Porto match predictions, user poll and stats are shown below including the latest game odds.

Manchester City will be looking for another win after a 1-0 Premier League triumph against Arsenal.

Manchester City haven’t had any problems with scoring, netting in one hundred percent of their last 6 matches.

They have managed to rack up 12 during that period and have conceded a total of 8.

In their last game, Porto drew 2-2 in the Primeira Liga match with Sporting Lisbon.

In that game, Porto managed 46% possession and 10 attempts at goal with 5 of them on target. For Porto, the scorers were Mateus Uribe (25') and Jesús Corona (45'). Sporting CP got 13 shots on goal with 5 on target. Nuno Santos (9') and Luciano Vietto (88') scored for Sporting Lisbon.

Porto have been dangerous up front of late, having scored 19 goals in their previous 6 matches. This doesn’t mask the fact that Dragões have been somewhat leaky at the back, having also been scored against in 5 of those same games. Such a pattern might not be sustained into this next game, however.

Our feeling is that Manchester City should stay in control for long periods of time and should be able to convert a few of the chances that they create.

However, Porto might well find it a difficult task to make a breakthrough - but, we do see them managing to get on the scoresheet.

We can therefore see a comfortable 3-1 margin for Manchester City by the time that the referee blows the final whistle. 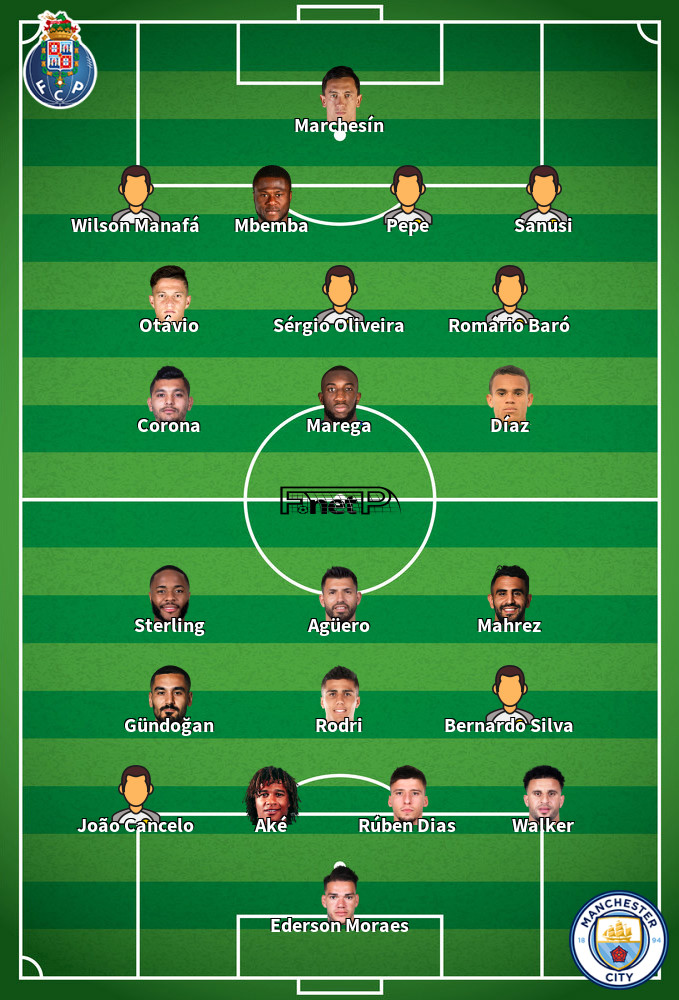 Normally deployed in the Right Wing position, Raheem Sterling was born in Kingston, Jamaica. After having played his first senior match for Liverpool in the 2011 - 2012 season, the goalscoring Forward has hit 2 league goals in this Premier League 2020 - 2021 season to date in 4 appearances.

We have made these Manchester City v Porto predictions for this match preview with the best intentions, but no profits are guaranteed. Please always gamble responsibly, only with money that you can afford to lose. Good luck with your selections.