The Marseille v Porto live stream video is scheduled to be broadcast on 24/11/2020 . Supporters of the teams can watch this game on a live streaming service should the game be included in the schedule referenced above. Here we provide you with helpful information for watching this Champions League game including the most recent guide to form, head to head clashes and our match tips.

In order to view the match via other methods, search for TV channel listings relating to your place of residence. These broadcasting deals are usually allocted on a per-competition/league or even indivdual fixture basis. For matches shown live on regional tv programmes, check the schedules on the likes of BT Sport, Amazon Prime Video, Sky Sports, Now TV, iTV, Canal+, Fox Soccer, ESPN that are relevant for where you are.

When the abovementioned broadcaster does broadcast a Marseille v Porto soccer live streaming coverage, you can see the game on your mobile (iPhone, Android including Motorola) and desktop over even tablet (eg iPad, Huwawei MediaPad).

Post-game, we might also provide a link to game highlights from time to time. We are not responsible for the transmission of any game video content linked to from this site. All legal issues must be dealt with via the hosters/owners of this content.

It’s almost time for Champions League action on Wednesday when Marseille will take on Porto.

All Marseille v Porto game predictions, stats and user poll are shown below (including the best match odds).

Marseille, following on from their previous result, will be hoping for more of the same after a 0-1 Ligue 1 victory over Strasbourg.

A recurring feature of more recent Marseille games is the number of nil scores.

Taking their previous 6 clashes before this one, in as many as 5 of them a wager on BTTS would've been a losing one.

Porto go into this game following on from a 3-1 Primeira Liga win with the defeat of Portimonense in their previous outing.

Over the course of their previous 6 outings, Porto have helped themselves to a tally of 12 goals. Dragões have additionally got on the scoresheet on each one of those occasions. During those fixtures, they have had 7 goals scored by their opponents. We will find out whether or not that trend can be continued on in this game.

The previous league contest featuring these sides was Champions League match day 3 on 03/11/2020 and the score finished Porto 3-0 Marseille.

Marseille had 7 shots at goal with 0 on target.

Marseille manager André Villas-Boas will be grateful not to have any fitness concerns at all before this clash thanks to a completely healthy squad ready to go. Konstantinos Mitroglou will not be able to play in this game through being suspended.

We feel that Porto and Marseille could well cancel each other out, with goals at a real premium.

Let’s see how this one goes, but it looks this could be a game with minimal goal-scoring opportunities. We therefore see a very even match with a 0-0 scoreline when all is said and done. 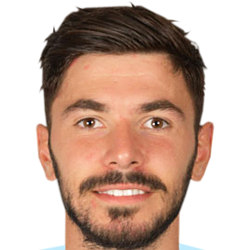 Regularly used in the Centre Midfield position, Morgan Sanson was born in Saint-Doulchard, France. Having made a first senior appearance for Le Mans FC in the 2012 - 2013 season, the accomplished Midfielder has scored 2 league goals in this Ligue 1 2020 - 2021 campaign so far in a total of 8 appearances.

While we have made these predictions for Marseille v Porto for this match preview with the best of intentions, no profits are guaranteed. Always gamble responsibly, and with what you can afford to lose. Best of luck.