The Primeira Liga game at Estádio do Dragão on Monday sees home side Porto taking on opponents Moreirense.

View all Porto v Moreirense tips, stats and our pre-match poll below (including the best match odds).

Porto will want to continue from where they left off last time out with the 2-0 Primeira Liga victory versus Sporting Lisbon.

Their latest results reveal that quality has been evident in the Porto defence. Dragões have been mean at the back, resulting in the number of goals that have flown into the back of their net during their past six games standing at 1. Such a pattern isn’t assured to be sustained into this next game, though.

Leading up to this clash, Porto:

In their last fixture, Moreirense drew 1-1 in the Primeira Liga tie with Paços de Ferreira.

For 6 of the prior 6 games featuring Moreirense, a relatively low number of goals have been struck between them and opposing teams. The overall average number of goals per game during that spell comes to a paltry 1.33, with the number of goals averaged by Os verdes e brancos equalling 0.83.

Heading into this contest, Moreirense are unbeaten in their previous 8 league matches away from home. They've been so good on the road.

A look at their past head-to-head meetings going back to 21/05/2017 tells us that Porto have won 3 of these games and Moreirense 1, with the number of drawn matches being 2.

A sum of 18 goals were scored between them in this period, with 12 from Dragões and 6 created by Os verdes e brancos. This gives an average number of goals per game equal to 3.

The previous league match featuring these sides was Primeira Liga match day 16 on 10/01/2020 when it ended Moreirense 2-4 Porto.

On that occasion, Moreirense managed 33% possession and 8 attempts at goal with 4 of them on target. The goalscorers were Fábio Abreu (3') and João Aurélio (43').

The match was refereed by Artur Soares Dias.

With a completely injury-free group ready to go, Moreirense boss Ricardo Soares has no fitness concerns to speak of coming into this game.

Looking at these two teams, we feel that Porto can and should stay in control for long periods of time and should be able to convert a few of the chances that they create.

However, Moreirense are also probably going to find it difficult to score a goal of their own although we do think that they will probably end up converting at least once.

We therefore think that it’s going to be a comfortable 3-1 winning score for Porto after 90 minutes.

Both Teams to Score Prediction for Porto vs Moreirense
Yes 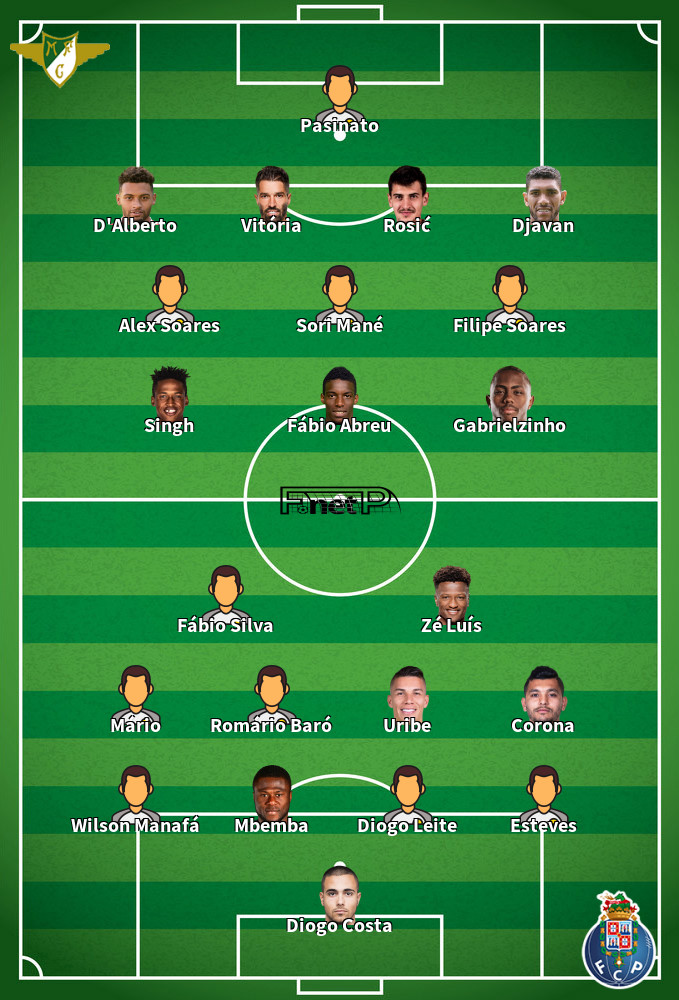 Usually played in the Striker position, Tiquinho was born in Sousa, Brazil. Having played his first senior match for Nacional in the 2014 - 2015 season, the skilful Forward has scored a sum of 8 league goals in this Primeira Liga 2019 - 2020 season to date coming from a total of 28 appearances.

While we have made these predictions for Porto v Moreirense for this match preview with the best of intentions, no profits are guaranteed. Always gamble responsibly, and with what you can afford to lose. Good luck!