The LASK Linz v Red Bull Salzburg live stream video is set for broadcast on 14/05/2021. Soccer fans can watch this game on a live streaming service should the game be featured in the schedule referenced above. Here we show useful information for watching this Bundesliga game that includes the most recent team form, h2h meetings and our game views.

Where the abovementioned broadcaster indicates that they have the LASK Linz v Red Bull Salzburg football live streaming coverage, you’ll be able to see it on a mobile (iPhone, Android including Huawei) and PC plus tablet (eg iPad, Alba).

After the match finishes, we may also link to game highlights from time to time. We aren’t responsible for transmitting any game video content linked to from this site. All legal issues must be done by contacting the hosters/owners of this content.

Red Bull Salzburg will be at Raiffeisen Arena on Sunday for the Bundesliga showdown with hosts LASK Linz.

Our LASK Linz v Red Bull Salzburg tips, poll and stats can be seen in full below - plus the latest betting odds.

LASK Linz will be hoping for a repeat of their last result, following the 0-4 Bundesliga victory versus Wolfsberger AC.

Dominik Thalhammer's LASK Linz have managed to score 9 times in their prior 6 outings. Conversely, the tally of goals that they have conceded in that same time stands at 10.

Their past results show that LASK Linz:

Red Bull Salzburg will go into the match following on from a 2-0 Bundesliga win over Rapid Vienna in their previous match.

In their previous six outings, Red Bull Salzburg have amassed a tally of 13 goals. Die Bullen have also scored in every single one of those games. In that time, they’ve had 6 goals go against them.

Going into this game, the form guide shows that Red Bull Salzburg:

A study of their past head to head results stretching back to 14/06/2020 tells us that these encounters have been a source of anguish for LASK Linz. They have not managed to register any victories at all whereas Red Bull Salzburg have maintained the edge over them, winning in 100 per cent of those games played.

In all, 17 goals were scored between them in these games, with 2 of them from LASK Linz and 15 belonging to Die Bullen. That’s an average goals per game of 2.83.

LASK Linz manager Dominik Thalhammer doesn’t have any fitness concerns whatsoever ahead of this clash owing to a fully injury-free group available to choose from.

We’re of the opinion that LASK Linz have it in them to put one past this Red Bull Salzburg team, but one goal might not be as many as they will have scored against them.

Therefore, we’re predicting a close game with a 1-2 advantage for Red Bull Salzburg after 90 minutes. Looking forward to this. 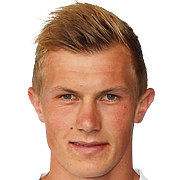 Customarily used in the Left Attacking Midfielder position, Thomas Goiginger was born in Austria. After having made a senior debut playing for SV Scholz Grödig in the 2014 - 2015 season, the goalscoring Midfielder has hit 6 league goals in the Bundesliga 2020 - 2021 season to date in 25 appearances.

We have made these LASK Linz v Red Bull Salzburg predictions for this match preview with the best intentions, but no profits are guaranteed. Please always gamble responsibly, only with money that you can afford to lose. Good luck!

⚽️ Where can I see the previews for other Bundesliga matches?

You can see all of the next (and previous) Bundesliga predictions & previews here.