To see all of our predictions, user poll & stats for SKN St. Pölten v Red Bull Salzburg, scroll down including the latest game odds.

Matches with SKN St. Pölten have usually been exciting encounters recently with high scoring being a common characteristic. Over their past half dozen clashes, a total of 20 goals have been recorded for both sides combined (at an average of 3.33 goals per game) with 15 of these coming from St. Pölten. That sort of trend isn’t assured to be continued into this match, of course.

Red Bull Salzburg come into this clash after a 7-1 Bundesliga win against TSV Hartberg in their last match.

A very clinical Red Bull Salzburg have enjoyed getting themselves an absolute glut of goals over their previous six games (22 in all). That translates to an ominous mean average of 3.67 goals scored per game for this period of time.

Checking on their past head to head meetings going back to 15/09/2018 reveals that these encounters have not been good ones for SKN St. Pölten. They’ve not managed to come away with any victories whatsoever while Red Bull Salzburg have been dominant against them, running out winners in 67% of those ties.

We’ve got the feeling that Red Bull Salzburg should really create the chances to score more than once when they line up against SKN St. Pölten, who might well find it a difficult task to break down their defence.

Our selection here is for a decent 0-2 margin for Red Bull Salzburg when all’s said and done. 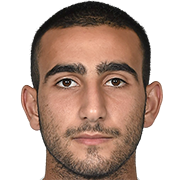 Normally deployed in the Striker position, Dor Hugi was born in Bnei Brak, Israel. Having played his first senior match for SKN St. Pölten in the 2020 - 2021 season, the gifted Forward has managed to score 4 league goals in this Bundesliga 2020 - 2021 season so far from a total of 4 appearances.

We have made these SKN St. Pölten v Red Bull Salzburg predictions for this match preview with the best intentions, but no profits are guaranteed. Please always gamble responsibly, only with money that you can afford to lose. Good luck with your selections.