Our full set of predictions, statistics and match poll for VfL Wolfsburg v Red Bull Salzburg can be seen below including the latest game odds.

VfL Wolfsburg will be hoping for a repeat of their last result, following a 0-2 Bundesliga 1 victory versus Bayer Leverkusen.

It’s been all too rare in recent games that VfL Wolfsburg have shown defensive steel. In fact, VfL Wolfsburg have failed to prevent opponents from scoring in 5 of their previous 6 clashes, leaking 11 goals during that time. Such a pattern might not be carried forward into this next game, of course.

In their previous game, Red Bull Salzburg drew 2-2 in the Bundesliga match with SV Ried.

The last league clash featuring these sides was Champions League match day 3 on 20/10/2021 when the final score was Red Bull Salzburg 3-1 VfL Wolfsburg.

VfL Wolfsburg got 9 attempts on goal with 3 of them on target. Lukas Nmecha (15') was the scorer.

We feel that Red Bull Salzburg and VfL Wolfsburg are both more than capable of scoring here.

There shouldn’t be much in it, and a high-scoring draw looks to be quite a realistic result. We’re therefore expecting a hard-fought contest, finishing with a 2-2 score when the referee blows the final whistle. 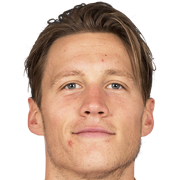 Mostly playing in the Striker position, Wout Weghorst was born in Netherlands. After making a first senior appearance for FC Emmen in the 2012 - 2013 season, the dangerous Forward has scored 3 league goals in the Bundesliga 2021 - 2022 season to date from a total of 8 appearances.

While we have made these predictions for VfL Wolfsburg v Red Bull Salzburg for this match preview with the best of intentions, no profits are guaranteed. Always gamble responsibly, and with what you can afford to lose. Good luck with your selections.