Wolfsberger AC will be the visitors at Red Bull Arena on Sunday for the Bundesliga meeting with home team Red Bull Salzburg.

View all Red Bull Salzburg v Wolfsberger AC tips, stats and our pre-match poll below - as well as up-to-date odds.

Red Bull Salzburg, who won their previous game, will hope for a similar result following the 3-0 ÖFB Cup success vs SV Ried.

Fixtures featuring Red Bull Salzburg have proved to be exciting ones lately with high scoring expected. Over their past 6 clashes, the sum total of 23 goals have been scored for both teams combined (at an average of 3.83 goals per game) with 19 of these accredited to Red Bull Salzburg.

Looking at their past form shows that Red Bull Salzburg:

Last time out, Wolfsberger AC drew 1-1 in the Bundesliga tie with Austria Vienna.

Wolfsberger AC have had no problems opening up opposition defences in their most recent fixtures, scoring 7 times in their last 6 matches. Having said that, Wolfsberger AC have been somewhat leaky at the back, having also been scored against in 6 of those same games. That sort of trend isn’t assured to be carried forward into this game, though.

Coming into this meeting, Wolfsberger AC have not registered a win against Red Bull Salzburg when they've played them away from home in the last 2 league matches.

A review of their past head to head results going back to 25/04/2021 shows that these encounters have not been good ones for Wolfsberger AC. They’ve not managed to register any victories at all while Red Bull Salzburg have maintained the edge over them, beating them in 67 per cent of those ties.

In all, 16 goals were scored between them throughout the course of those matches, with 12 from Die Bullen and 4 being from Wolfsberger. The average goals per game has been 2.67.

The previous league contest featuring these sides was Bundesliga match day 2 on 20/03/2022 which finished with the scoreline of Wolfsberger AC 1-4 Red Bull Salzburg.

In that match, Wolfsberger AC managed 47% possession and 7 attempts on goal with 2 on target. Their only player to score was Eliel Peretz (87').

From a largely available group of players, there is only the sole fitness issue for the Wolfsberger AC gaffer Robin Dutt to be concerned about. Jonathan Scherzer (Torn Ligament) won’t be playing here.

For this match, we think that Wolfsberger AC should get enough chances to score a goal against this Red Bull Salzburg side, however that is unlikely to be enough to avoid defeat.

We can see a narrow 2-1 advantage for Red Bull Salzburg after 90 minutes. Looking forward to this. 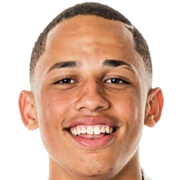 Generally playing in the Left Wing position, Noah Okafor was born in Switzerland. After making a first senior appearance for FC Basel 1893 in the 2017 - 2018 season, the dangerous Forward has bagged 9 league goals in this Bundesliga 2021 - 2022 season so far coming from a total of 21 appearances.

While we have made these predictions for Red Bull Salzburg v Wolfsberger AC for this match preview with the best of intentions, no profits are guaranteed. Always gamble responsibly, and with what you can afford to lose. Best of luck with your selections.